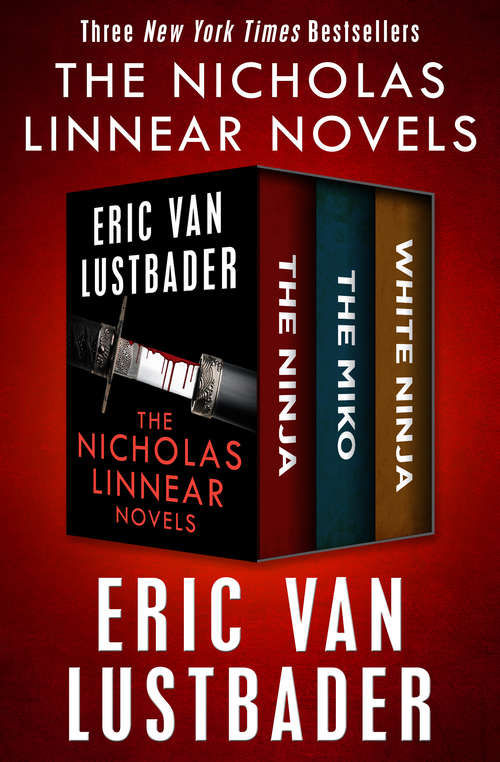 The New York Times-bestselling series in one volume Born to a British army officer and a Chinese refugee, Nicholas Linnear grows up in Japan, where he falls in love with the nation's culture, its history, and its deadliest martial arts. In The Ninja, Linnear quits his job abruptly when he feels himself yearning for the life he led in Japan. Searching for direction, he meets a striking beauty named Justine and is beginning to fall in love when something chilling draws him back into his past: the corpse of a coworker, murdered by a Japanese throwing star. There is a ninja loose in New York City, and as the body count rises, it becomes clear that people close to Linnear are being targeted. Only he has the skill to stop a twisted killer with a personal vendetta. In The Miko, Linnear vows revenge after his best friend dies under suspicious circumstances. But although he may look American, a childhood spent in the dojos of Japan taught Linnear that vengeance must never be hurried. He takes a job for the billionaire industrialist who ordered the murder, planning to befriend his target during a trip to Tokyo. But even for a modern-day ninja, there is such thing as too close for comfort. In White Ninja, a sadist haunts the back alleys and sex clubs of Tokyo, picking up women, horrifically mutilating them, and leaving behind a calling card written in blood: This could be your wife. He kills fearlessly, certain the police will never catch him. The only man who might stop this fiend is Nicholas Linnear, one of the country's leading practitioners of ninjutsu.