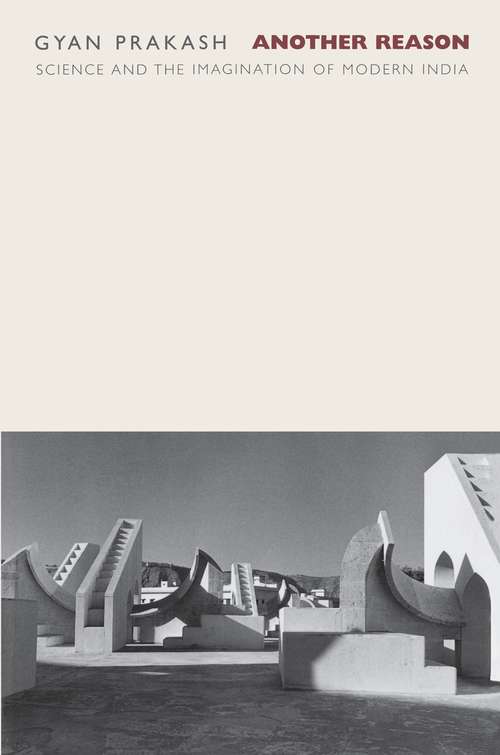 Another Reason is a bold and innovative study of the intimate relationship between science, colonialism, and the modern nation. Gyan Prakash, one of the most influential historians of India writing today, explores in fresh and unexpected ways the complexities, contradictions, and profound importance of this relationship in the history of the subcontinent. He reveals how science served simultaneously as an instrument of empire and as a symbol of liberty, progress, and universal reason--and how, in playing these dramatically different roles, it was crucial to the emergence of the modern nation. Prakash ranges over two hundred years of Indian history, from the early days of British rule to the dawn of the postcolonial era. He begins by taking us into colonial museums and exhibitions, where Indian arts, crafts, plants, animals, and even people were categorized, labeled, and displayed in the name of science. He shows how science gave the British the means to build railways, canals, and bridges, to transform agriculture and the treatment of disease, to reconstruct India's economy, and to transfigure India's intellectual life--all to create a stable, rationalized, and profitable colony under British domination. But Prakash points out that science also represented freedom of thought and that for the British to use it to practice despotism was a deeply contradictory enterprise. Seizing on this contradiction, many of the colonized elite began to seek parallels and precedents for scientific thought in India's own intellectual history, creating a hybrid form of knowledge that combined western ideas with local cultural and religious understanding. Their work disrupted accepted notions of colonizer versus colonized, civilized versus savage, modern versus traditional, and created a form of modernity that was at once western and indigenous. Throughout, Prakash draws on major and minor figures on both sides of the colonial divide, including Mahatma Gandhi, Jawaharlal Nehru, the nationalist historian and novelist Romesh Chunder Dutt, Prafulla Chandra Ray (author of A History of Hindu Chemistry), Rudyard Kipling, Lord Dalhousie, and John Stuart Mill. With its deft combination of rich historical detail and vigorous new arguments and interpretations, Another Reason will recast how we understand the contradictory and colonial genealogy of the modern nation.