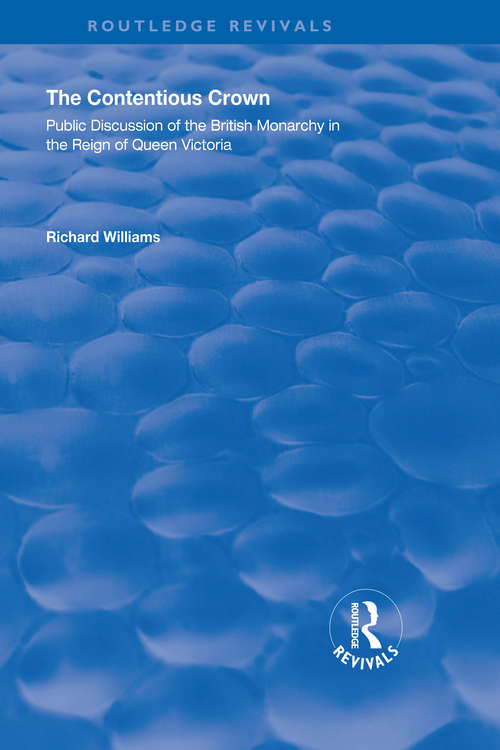 First published in 1997, The Contentious Crown is a study of comment on the monarchy in Victorian newspapers, journals, pamphlets and parliamentary debates. It examines radical and republican criticism, reverence and sentimentality, perceptions of the Crown’s political role, the relationship between the monarchy and patriotism and attitudes to royal ceremonial.

Williams shows that discussion of the monarchy throughout the reign was of a far greater volume and complexity than has hitherto been realized. Two strands of discussion, one critical, one reverential, co-existed from Victoria’s accession to her death. Criticism was overwhelmed by reverence by the 1880s since the Crown’s most controversial features, especially its political influence and foreignness, were seen to have receded, allowing the monarchy and Royal Family to appear in their ceremonial, domestic and philanthropic roles as the ideal family and the figurehead of the nation and Empire.

The book gives a historical context to the current problems of the British monarchy by showing that controversy and debate are by no means novel and that the secure position achieved in the late nineteenth century was the product of circumstances which no longer exist.