Rituals and Practices in World Religions 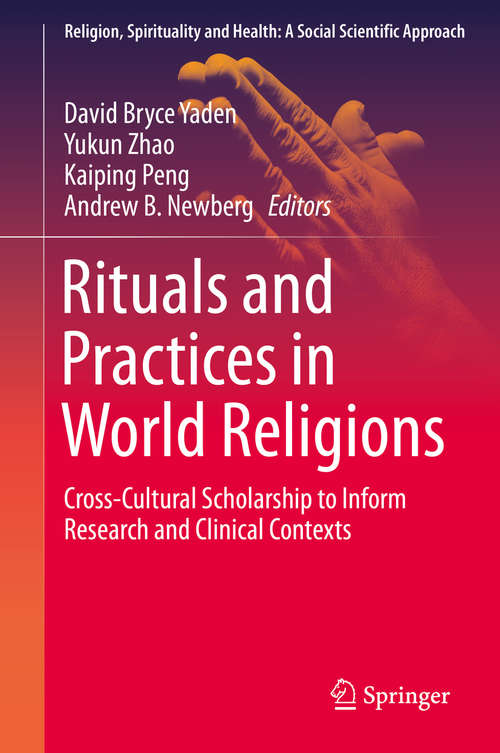 There is a need for a more inclusive collection of religious rituals and practices, as some practices are making headlines in contemporary society. Mindfulness is one of the fastest-growing psychological interventions in healthcare and Yoga is now practiced by tens of millions of people in the U.S.A. These practices have been examined in thousands of academic publications spanning neuroscience, psychology, medicine, sociology, and religious studies. While Mindfulness and Yoga have recently received widespread scientific and cultural attention, many rituals and practices from world religious traditions have remained underexplored in scholarly, scientific, and clinical contexts. This book brings more diverse rituals and practices into this academic discourse while providing a reference guide for clinicians and students of the topic.