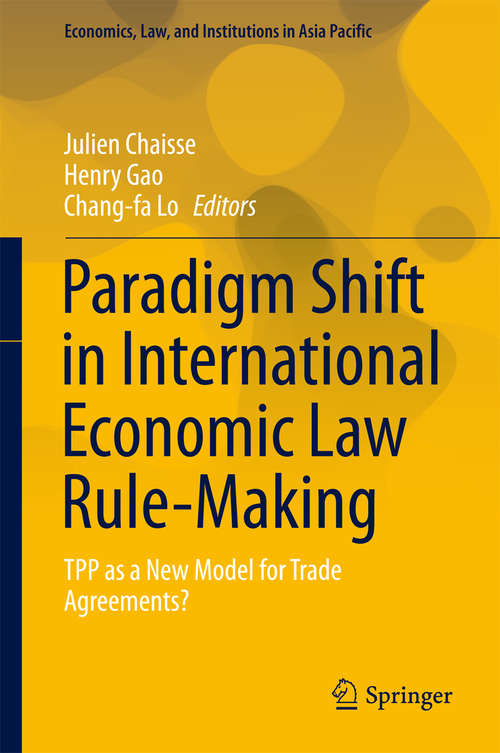 The TPP  was negotiated among 12 economically diverse countries, including some most highly developed and rich countries (i. e. , the United States, Japan, Australia, Canada, New Zealand, and Singapore), some newly industrialized countries (i. e. , Mexico and Malaysia), and some less-developed countries (i. e. , Peru, Chile, and Vietnam). A new paradigm created in this context is that countries with vastly different economic developments can actually agree on a set of very high standards to regulate their economic activities, to liberalize their trade, and to protect intellectual property  and foreign investment. The contents of the TPP also reflect its status of being a "new paradigm" as the "21st-Century Trade Agreement"  and being a pioneer in rule making in many key regulatory areas. These include not only the improved and enhanced rules on traditional issues already covered by the WTO , such as goods, services, and IP rights, but also the carefully designed rules in areas that have never been addressed in the WTO or comprehensively covered in other FTAs , such as state-owned enterprises, electronic commerce, and labor and environmental issues. Although the United States has withdrawn from the TPP, the remaining countries are still putting efforts into establishing a TPP without the United States or a TPP with China. Economically speaking, the current 11 parties account for about 20 % of the global economy. If such agreement is put into force, there will be significant implications for the region, for the multilateral system, and even for other FTAs. The book addresses the potential of the TPP to change the ways trade and investments are conducted and argues for its potential to be the start of an international trade/economic law revolution. The book elaborates the relationship between the TPP and other existing trade agreements such as the WTO and other FTAs and explains how the TPP is to deal with traditional and new issues. Taken together, the authors argue that the implications of the TPP go beyond its current membership. It is hoped that the book will make an important contribution to the field of international economic law.