Male and Female in Social Life 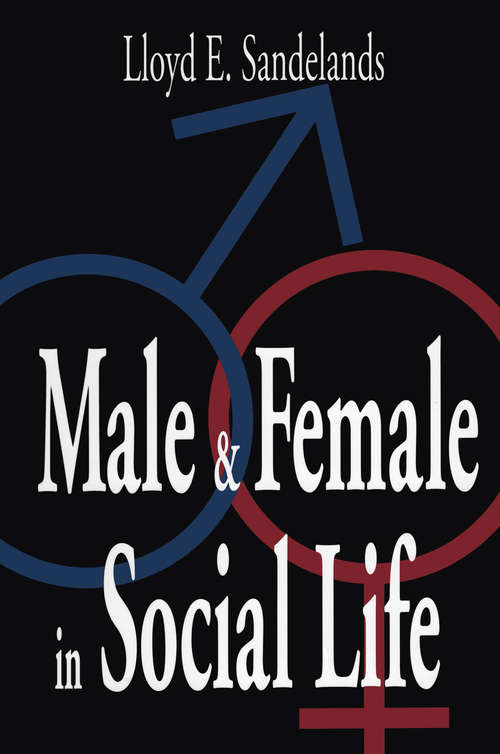 Sex is a theoretical puzzle because it is much older than we are. A primary fact of biology, sex has defined society from nearly the beginning of life on earth, and as a result we cannot see its effects in our lives in evolutionary comparisons with near primate or mammalian relatives. Sex is a puzzle, too, because it is often misconstrued in social science. It is not, as many social scientists believe, a mere feature of a person, like hair or skin color. Rather it is a part played in the life of the species. This propensity to view sex as a personal feature has kept social science from seeing how sex figures in the social life of the species. Male and Female in Social Life presents a theoretical framework to describe how sex (the division of our species between male and female) brings life and order to society. It argues that sex is the mainspring of social life and it tells us the most about social dynamics and forms. The book centers on five chapters that describe four "moments" of human social life. Following an introduction, chapter 2 begins with the first moment of social life - unity of the species. Chapter 3 examines the second moment of social life - division of the species. Chapter 4, citing play of the sexes as the third moment, shows that sex is the main play of the species and thereby the main basis of social life. Chapters 5 and 6 describe the fourth moment - order of the species, which includes the most basic arrangements of human society, including female mate choice, male contest, female care of the young, sorority and fraternity, family and bureaucratic organization. These later chapters present a threepart theory of social order based on the play of the sexes, while then offering evidence in support of this theory by showing how disruptions and distortions in the play of the sexes in the recent history of the United States have brought compensating changes in social life. The book concludes with a summary of the book's main points and with directions for further inquiry. The volume raises thoughtful, long overdue questions about current trends in our culture that minimize or efface sex differences. It will be of interest to academics both in the social sciences and in the humanities while at the same time appealing to a more general audience.