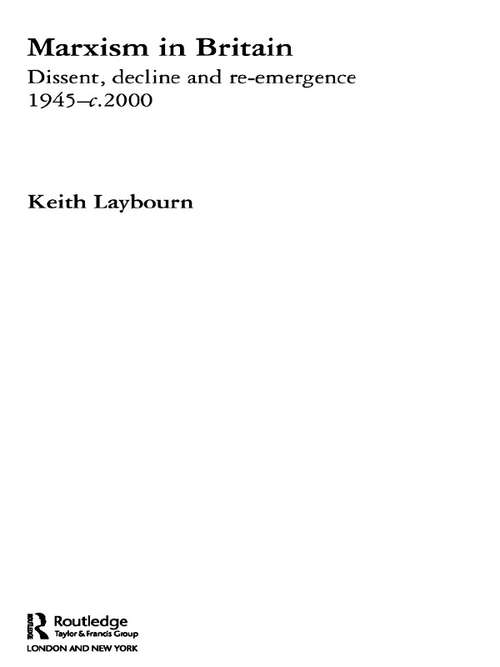 Since the Second World War, Marxism in Britain has declined almost to the point of oblivion. The Communist Party of Great Britain had more than 50,000 members in the early 1940s, but less than 5,000 when it disbanded in 1991. Dissenting and Trotskyist organisations experienced a very similar decline, although there has been a late flowering of Marxism in Scotland.

Based on the Communist Party archives at Manchester, this text examines the decline over the last sixty years. Dealing with the impact of the Cold War upon British Marxism, the book looks at how international events such as the Soviet invasions of Hungary and Czechslovakia affected the Communist Party of Great Britain. The issues of Marxism and Britain’s withdrawal from the Empire are also addressed, as are the Marxist influence upon British industrial relations and its involvement in the feminist movement.

Focusing on the current debate in British Marxist history over the influence of Moscow and Stalinism on the Communist Party, Keith Laybourn explores the ways in which this issue, which divides historians, undermined Marxism in Britain.