Globalisation and the Labour Market 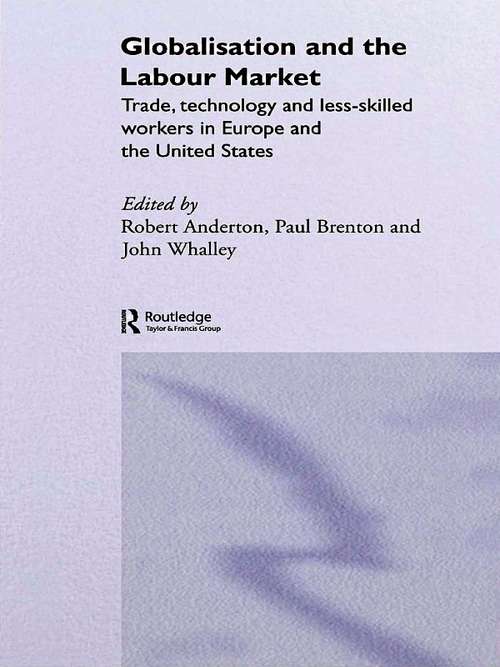 Incorporating new empirical data and using a wide variety of methods such as econometrics, general equilibrium and case studies, this detailed volume provides a thorough investigation into the causes of the deterioration in the relative economic fortunes of less-skilled workers across various countries, with a focus on the role of globalization.

It reveals how in the past thirty years, the decline in the wages and employment of less-skilled workers relative to skilled workers in Europe and North America has coincided with an acceleration in 'globalization'. The latter's rapid pace is indicated by the strong growth in both world trade and foreign direct investment which, in turn, have been stimulated by various factors such as reductions in trade barriers a drastic decline in the costs of communication and transportation and the internationalization of production. Although it is now widely held that the main cause of this rise in inequality seems to be a shift in demand towards higher skilled workers, this book aims to shed light on whether it is trade or technology that is primarily responsible for this demand shift.

Importantly, the studies in this book describe how globalisation and technological change are interacting rather than separate forces. Topical and timely, this significant book will be a valuable read for academic researchers, analysts and professional economists in the policy making community.