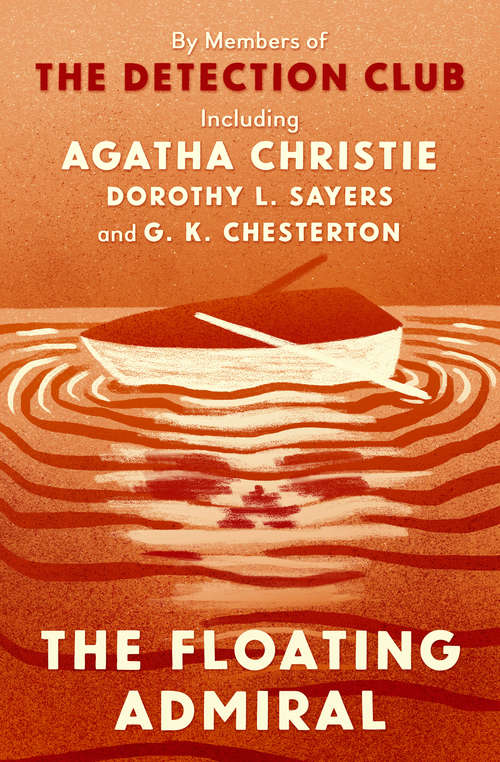 It’s “great fun” when a baker’s dozen of Golden Age authors collaborate on a whodunit—including Agatha Christie, Dorothy L. Sayers, and G. K. Chesterton (The Guardian). Originally published in 1931, The Floating Admiral is a classic literary collaboration by members of the Detection Club, in which each chapter is written by a different mystery author, with G. K. Chesterton adding a prologue after the novel was completed. Each writer was tasked with building on what the previous writer created, without ignoring or avoiding whatever plot points had come before. Although Anthony Berkeley wrote the definitive conclusion to the mystery in his final chapter, the writers all provided their own individual solutions, each in a sealed envelope, which appear in the appendix. In the words of Dorothy L. Sayers in her introduction, the spirit of the project was that of a “detection game,” for the amusement of the authors—and their readers. In the sleepy English seaside village of Whynmouth, an old sailor discovers a corpse floating serenely in a rowboat owned by the local vicar. The victim has been stabbed in the chest. It falls to Inspector Rudge to solve this most baffling mystery, in which not only the identity of the killer but the identity of the victim is called into question. The Floating Admiral includes contributions by Canon Victor L. Whitechurch, G. D. H. and Margaret Cole, Henry Wade, Agatha Christie, John Rhode, Milward Kennedy, Dorothy L. Sayers, Ronald A. Knox, Freeman Wills Crofts, Edgar Jepson, Clemence Dane, and Anthony Berkeley. “I was . . . hugely entertained by the virtuoso displays of mental gymnastics, which kept me guessing all the way.” —The Guardian