The Development of Capitalism in Russia 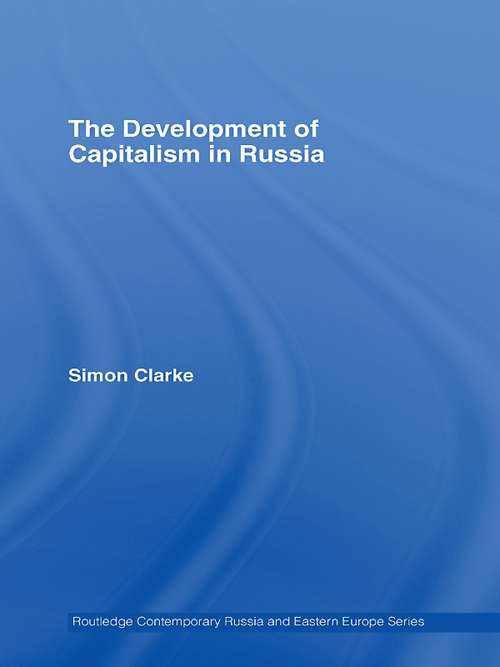 This book provides a broad and comprehensive survey of the development of capitalism in Russia from the collapse of the Soviet economic system to the present, and includes the results of substantial new research on the current state of a wide range of Russian enterprises.

Simon Clarke – a well-known authority in this area:

charts the progress through the early post-Soviet period, when neo-liberal theorists’ ‘shock therapy’ did not lead to the immediate development of a capitalist market economy, and traditional enterprises became hugely loss-making

considers the crisis of 1998, and its effects, which included the curtailment of speculation, and growing investment in the old industrial sector, which in turn put the new small and medium sized enterprises under increasing pressure

discusses the wider theoretical implications of the Russian experience for other transitional economies.