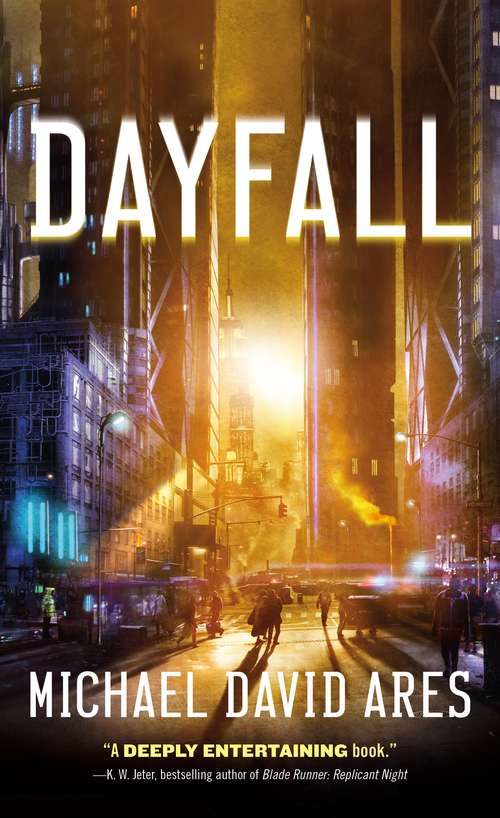 In the near future, patches of the northern hemisphere have been shrouded in years of darkness from a nuclear winter, and the water level has risen in the North Atlantic. The island of Manhattan has lost its outer edges to flooding and is now ringed by a large seawall. The darkness and isolation have allowed crime and sin to thrive in the never-ending shadows of the once great city, and when the sun finally begins to reappear, everything gets worse. A serial killer cuts a bloody swath across the city during the initial periods of daylight, and a violent panic sweeps through crowds on the streets. The Manhattan police, riddled with corruption and apathy, are at a loss.

That's when the Mayor recruits Jon Phillips, a small-town Pennsylvania cop who had just single-handedly stopped a high-profile serial killer in his own area, and flies him into the insanity of this new New York City. The young detective is partnered with a shady older cop and begins to investigate the crimes amidst the vagaries of a twenty-four hour nightlife he has never experienced before. Soon realizing that he was chosen for reasons other than what he was told, Jon is left with no one to trust and forced to go on the run in the dark streets, and below them in the maze of the underground. Against all odds he still hopes that he can save his own life, the woman of his dreams, and maybe even the whole city before the arrival of the mysterious and dreaded event that has come to be known as…. DAYFALL.