The Funding of Political Parties 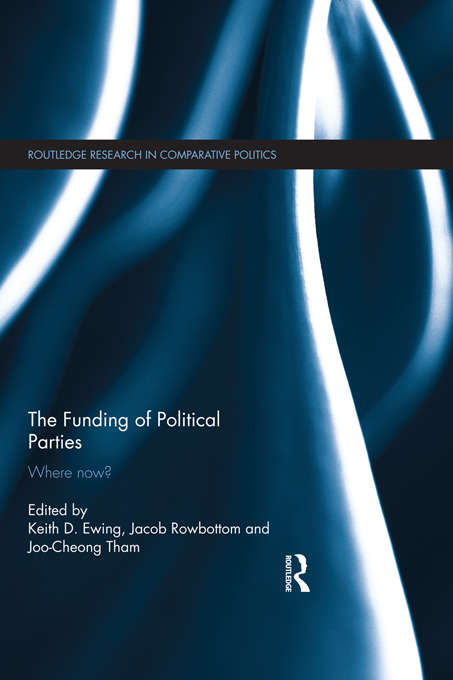 This book explores the problems associated with regulating the funding of political parties and election campaigns in a timely assessment of a topic of great political controversy.

From interest in Obama's capacity to raise vast sums of money, to scandals that have rocked UK and Australian governments, party funding is a global issue, reflected in this text with case studies from Australia, Canada, New Zealand, United Kingdom, and the United States. Taking an interdisciplinary approach with leading scholars from politics, geography and law, this text addresses key themes: contributions, spending controls, the role of broadcasters and special interests, and the role of the state in funding political parties. With regulatory measures apparently unable to change the behaviour of parties, why have existing laws failed to satisfy the demands for reform, and what kind of laws are necessary to change the way political parties behave? The Funding of Political Parties: Where Now? brings fresh comparative material to inform this topical and intractable debate, and assesses the wider implications of continuing problems in political funding.

This book will be of interest to students and scholars of political science, political theory, policy and law.