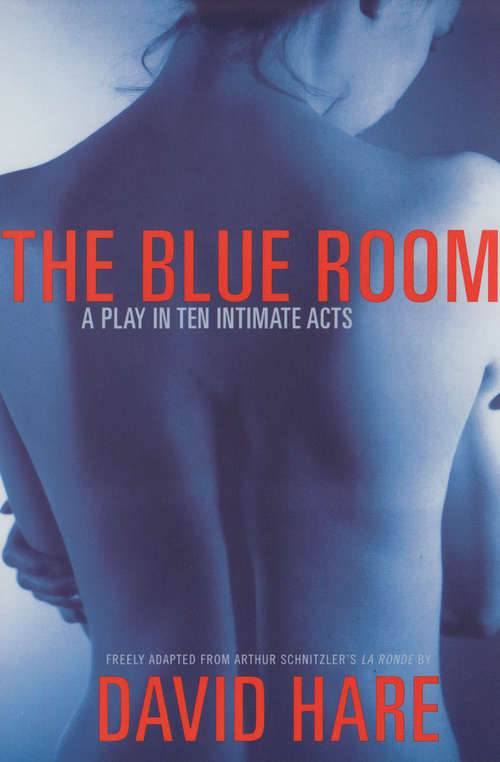 The Tony Award–winning playwright and screenwriter delivers &“a witty, contemporary reworking of Arthur Schnitzler&’s nineteenth-century shocker La Ronde&” (The Mail on Sunday, four stars).   Arthur Schnitzler described Reigen, his loose series of sexual sketches, as &“completely unprintable,&” and indeed, its premiere in 1921 spurred an obscenity suit. It was only when Max Ophüls made his famous film in 1950 that the work became better known as La Ronde.   Now David Hare has reset these circular scenes of love and betrayal in the present day, with a cast of two actors playing a succession of characters whose sexual lives enmesh like a daisy chain. The Blue Room is a brilliant meditation on men and women, sex and social class, actors and the theater. With deft insight about the gap between the sexes, it takes the treacherous Freudian subject of projection and desire and reinvents it in a bittersweet landscape that is both eternal and completely up to date.   &“[Hare&’s] play slides up on one insidiously—always suggesting more than they first suggest, planting depth charges in the mind, subtly laying a minefield in the self-confidence of one&’s first impressions.&” —New York Post   &“In the jungle of this city, sex is a driving force, a commodity and a need . . . This play could almost be a vividly illustrated Freudian textbook: the erotic drive in action, amoral and ruthless. Hare&’s version is, in the deepest and most essential sense, completely faithful to Schnitzler.&” —The Sunday Times   &“Hare—buttressed by Freud and Proust—has turned sexual disappointment into something more interesting, the idea that what we are in love with is part illusion.&” —The Observer