Criminological Perspectives on Race and Crime 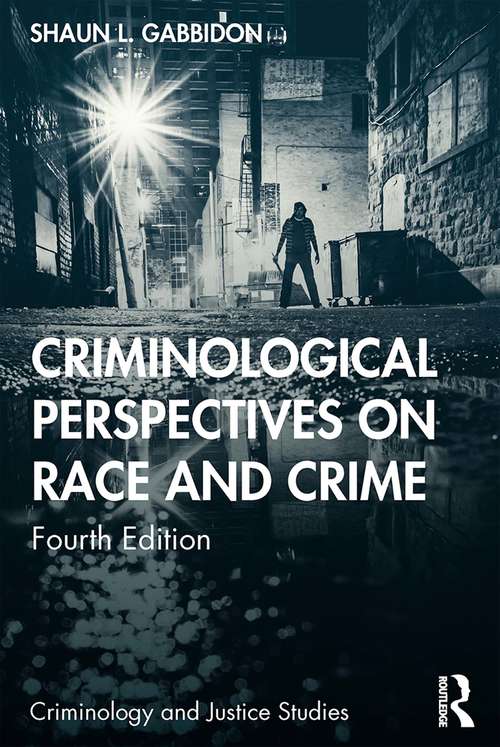 Criminological Perspectives on Race and Crime, Fourth Edition, is the only text to look at the array of mainstream and unconventional explanations for crime as they relate to racial and ethnic populations.

Each chapter begins with a historical review of each theoretical perspective and how its original formulation and more recent derivatives account for racial or ethnic differences in offending. Included in each chapter is a review of relevant empirical tests that have investigated the value of that theory. The theoretical paradigms include those based on religion, biology, social disorganization/strain, subculture, labeling, conflict, social control, colonial, feminism, and race-centered perspectives. Gabbidon considers which perspectives have shown the most promise in explaining the relationships between race/ethnicity and crime.

Ideal for courses in either crime theory or race and crime, this text is used in Criminology and Sociology programs in the US as well as in the UK and Canada.