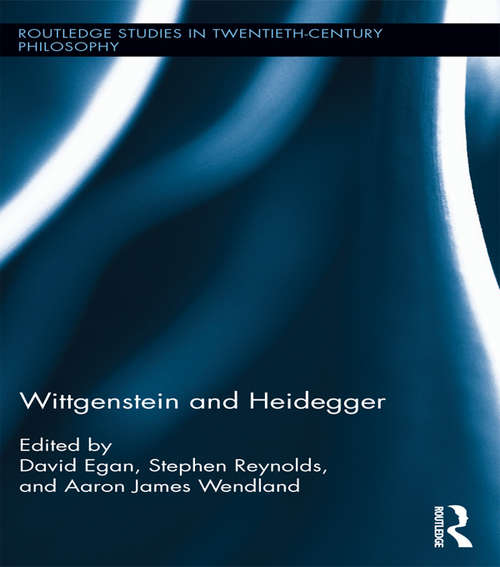 Ludwig Wittgenstein and Martin Heidegger are arguably the two most influential philosophers of the twentieth century. Their work not only reshaped the philosophical landscape, but also left its mark on other disciplines, including political science, theology, anthropology, ecology, mathematics, cultural studies, literary theory, and architecture.

Both sought to challenge the assumptions governing the traditions they inherited, to question the very terms in which philosophy’s problems had been posed, and to open up new avenues of thought for thinkers of all stripes. And despite considerable differences in style and in the traditions they inherited, the similarities between Wittgenstein and Heidegger are striking.

Comparative work of these thinkers has only increased in recent decades, but no collection has yet explored the various ways in which Wittgenstein and Heidegger can be drawn into dialogue. As such, these essays stage genuine dialogues, with aspects of Wittgenstein’s elucidations answering or problematizing aspects of Heidegger’s, and vice versa. The result is a broad-ranging collection of essays that provides a series of openings and provocations that will serve as a reference point for future work that draws on the writings of these two philosophers.