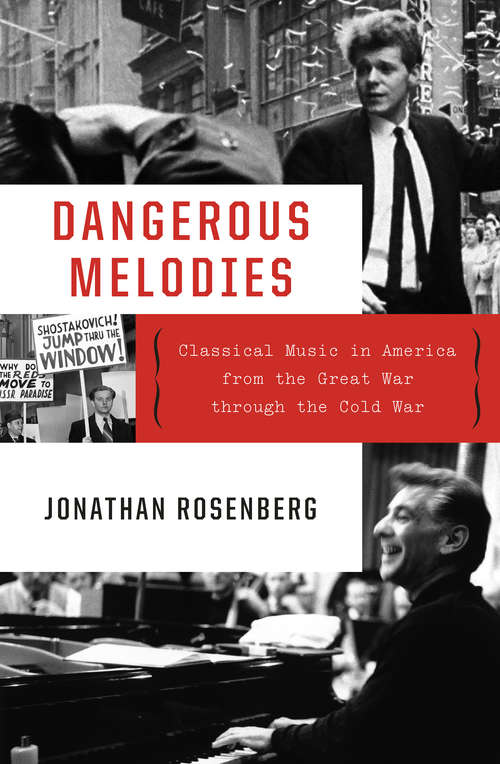 A Juilliard-trained musician and professor of history explores the fascinating entanglement of classical music with American foreign relations.

Dangerous Melodies vividly evokes a time when classical music stood at the center of twentieth-century American life, occupying a prominent place in the nation’s culture and politics. The work of renowned conductors, instrumentalists, and singers—and the activities of orchestras and opera companies—were intertwined with momentous international events, especially the two world wars and the long Cold War.

Jonathan Rosenberg exposes the politics behind classical music, showing how German musicians were dismissed or imprisoned during World War I, while numerous German compositions were swept from American auditoriums. He writes of the accompanying impassioned protests, some of which verged on riots, by soldiers and ordinary citizens. Yet, during World War II, those same compositions were no longer part of the political discussion, while Russian music, especially Shostakovich’s, was used as a tool to strengthen the US-Soviet alliance. During the Cold War, accusations of communism were leveled against members of the American music community, while the State Department sent symphony orchestras to play around the world, even performing behind the Iron Curtain.