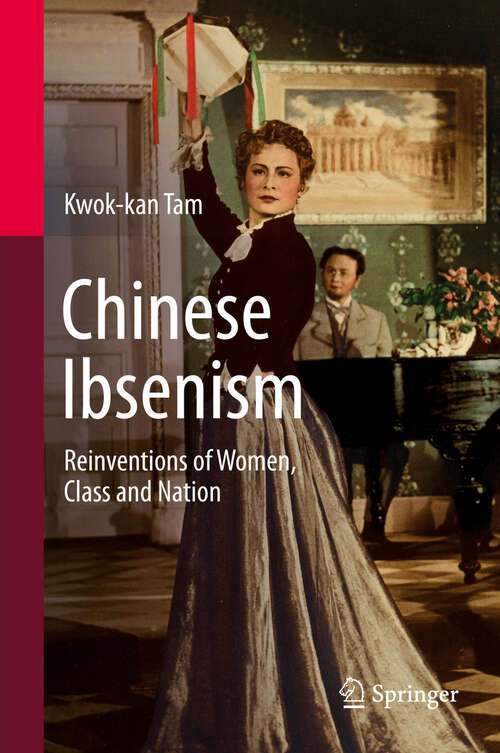 This book is a study of the relation between theatre art and ideology in the Chinese experimentations with new selfhood as a result of Ibsen’s impact. It also explores Ibsenian notions of self, women and gender in China and provides an illuminating study of Chinese theatre as a public sphere in the dissemination of radical ideas. Ibsen is the major source of modern Chinese selfhood which carries notions of personal and social liberation and has exerted great impacts on Chinese revolutions since the beginning of the twentieth century. Ibsen’s idea of the self as an individual has led to various experimentations in theatre, film and fiction to project new notions of selfhood, in particular women’s selfhood, throughout the history of modern China. Even today, China is experimenting with Ibsen’s notions of gender, power, individualism and self.Kwok-kan Tam is Chair Professor of English and Dean of Humanities and Social Science at the Hang Seng University of Hong Kong. He was Head (2012-18) and is currently a member of the International Ibsen Committee, University of Oslo. He is a Foundation Fellow of the Hong Kong Academy of the Humanities. He has held teaching, research and administrative positions in various institutions, including the East-West Center, the Chinese University of Hong Kong and the Open University of Hong Kong. He has published numerous books and articles on Ibsen, Gao Xingjian, modern drama, Chinese film, postcolonial literature, and world Englishes. His recent books include Ibsen, Power and the Self: Postsocialist Experimentations in Stage Performance and Film (2019), The Englishized Subject: Postcolonial Writings in Hong Kong, Singapore and Malaysia (2019), and a co-edited volume Fate and Prognostication in the Chinese Literary Imagination (2019).