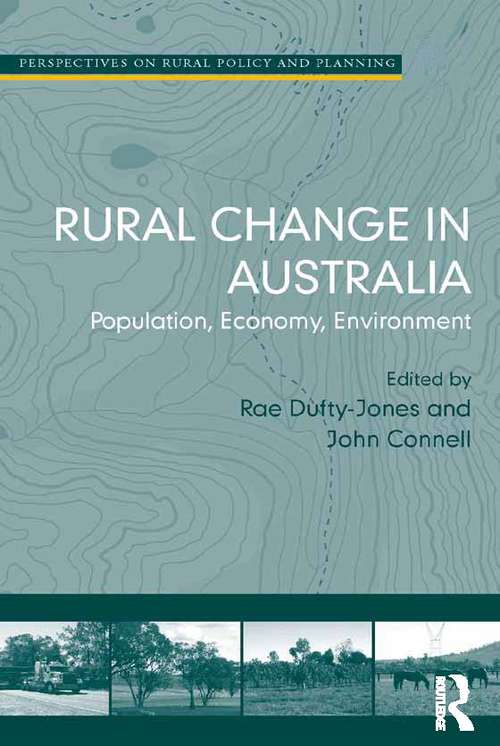 New twenty-first century economic, social and environmental changes have challenged and reshaped rural Australia. They range from ageing populations, youth out-migration, immigration policies (that seek to place skilled migrants in rural Australia), tree changers, agricultural restructuring and new relationships with indigenous populations. Challenges also exist around the 'patchwork economy' and the wealth that the mining boom offers some areas, while threatening regional economic decline in others. Rural Australia is increasingly not simply a place of production of agriculture and minerals but an idea that individuals seek and are encouraged to consume. The socio-economic implications of drought, water rights and changing farming practices, have prefaced new social, cultural and economic reforms. This book provides a contemporary perspective on rapidly evolving population, economic and environmental changes in 'rural and regional Australia', itself a significant concept. Bringing together a range of empirical studies, the book builds on established rural studies themes such as population change, economic restructuring and globalisation in agriculture but links such changes to environmental change, culture, class, gender, and ethnic diversity. Presenting original and in-depth interventions on these issues and their intersections, this book assembles the best of contemporary research on rural Australia.