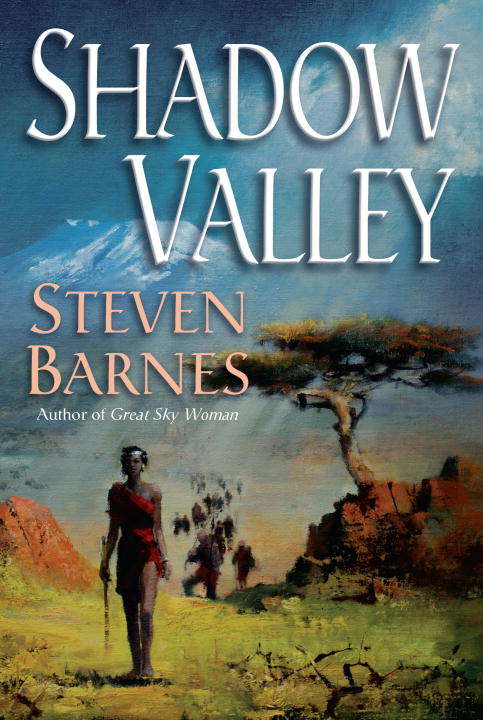 In Great Sky Woman, "daringly epic in scope," (Publishers Weekly), Steven Barnes's Great Sky Woman unveiled the world of a prehistoric people in the shadow of modern-day Mount Kilimanjaro. Now, in Shadow Valley, the astounding sequel, we follow the Ibandi people's odyssey through a land where everything has changed-a land from whose ashes will grow the roots of civilization and the enduring truths of love, family, forgiveness, and faith.After the catastrophic eruption of Father Mountain, the Ibandi are divided, desperate, and afraid. Most have followed the only person in whom they still believe: young Sky Woman, who was on the great mountain when it exploded and who, along with Frog Hopping, returned to tell the tale. Nurtured by an elder whose searing visions have left her blind, Sky Woman nonetheless doubts her own visionary powers as she follows a path she can hardly discern-across savannah and parched plains-to find a valley of plenty for a people on the brink of collapse.But in fact, Sky Woman and Frog were not the only survivors of the mountain's explosion. Another man has emerged from the destruction, vengeance pulsing in his veins, to lead a separate group of Ibandi into a vicious and reckless act of war. Soon these two strands of survivors will meet, through chance, desperation, and sheer willpower. In a world in which every moment is lived on the edge between life and death, where animal and human predators can strike in an instant, where the gods themselves seem lost, and dreams entwine with reality, a people's destiny rushes toward them. The Ibandi must make a last, violent stand against complete destruction. In this hypnotic, thrilling, and beautiful novel, Steven Barnes explores relationships between friends and lovers, leaders and followers, strangers and allies. At once visceral and soaringly insightful, Shadow Valley is about who we are as human beings today as seen through the wondrous prism of our distant past.From the Hardcover edition.