Holocaust Memory and Racism in the Postwar World 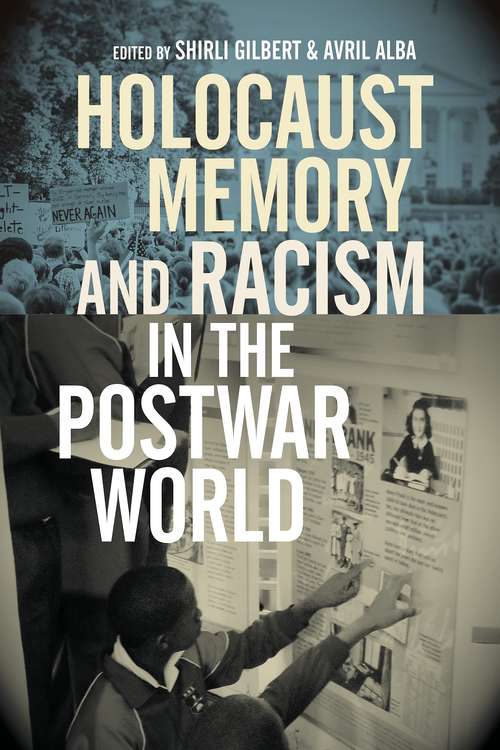 The Holocaust is often invoked as a benchmark for talking about human rights abuses from slavery and apartheid to colonialism, ethnic cleansing, and genocide. Western educators and politicians draw seemingly obvious lessons of tolerance and anti-racism from the Nazi past, and their work rests on the implicit assumption that Holocaust education and commemoration will expose the dangers of prejudice and promote peaceful coexistence. Holocaust Memory and Racism in the Postwar World, edited by Shirli Gilbert and Avril Alba, challenges the notion that there is an unproblematic connection between Holocaust memory and the discourse of anti-racism. Through diverse case studies, this volume historicizes how the Holocaust has shaped engagement with racism from the 1940s until the present, demonstrating that contemporary assumptions are neither obvious nor inevitable.

Holocaust Memory and Racism in the Postwar World is divided into four sections. The first section focuses on encounters between Nazism and racism during and immediately after World War II, demonstrating not only that racist discourses and politics persisted in the postwar period, but also, perhaps more importantly, that few people identified links with Nazi racism. The second section explores Jewish motivations for participating in anti-racist activism, and the varying memories of the Holocaust that informed their work. The third section historicizes the manifold ways in which the Holocaust has been conceptualized in literary settings, exploring efforts to connect the Holocaust and racism in geographically, culturally, and temporally diverse settings. The final section brings the volume into the present, focusing on contemporary political causes for which the Holocaust provides a benchmark for racial equality and justice. Together, the contributions delineate the complex history of Holocaust memory, recognize its contingency, and provide a foundation from which to evaluate its moral legitimacy and political and social effectiveness.

Holocaust Memory and Racism in the Postwar World is intended for students and scholars of Holocaust and genocide studies, professionals working in museums and heritage organizations, and anyone interested in building on their knowledge of the Holocaust and the discourse of racism.