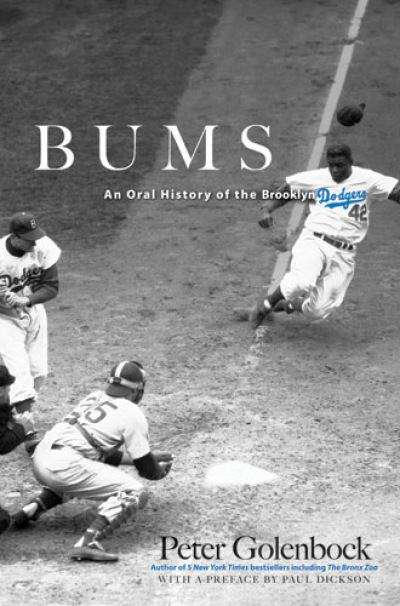 Before heading west in 1957, the Brooklyn Dodgers were among baseball's most beloved and colorful teams. It's been over fifty years since they moved to Los Angeles, but they remain ingrained in the fabric of our national pastime. In this oral history of "dem bums," bestselling author Peter Golenbock tells the team's tale through the recollections of former players, writers, front-office executives, and faithful fans.

In their own words, Dodger legends such as Pee Wee Reese, Leo Durocher, Duke Snider, Roy Campanella, Ralph Branca, and other greats recall the club's ups and downs. Brooklyn fans and other baseball enthusiasts will savor these warmly nostalgic accounts, which range from reminiscences of the magic of Ebbets Field to tales of Jackie Robinson's historic debut, The Shot Heard Round the World, the triumphant 1955 season, and the ultimate betrayal by a certain Walter O'Malley.