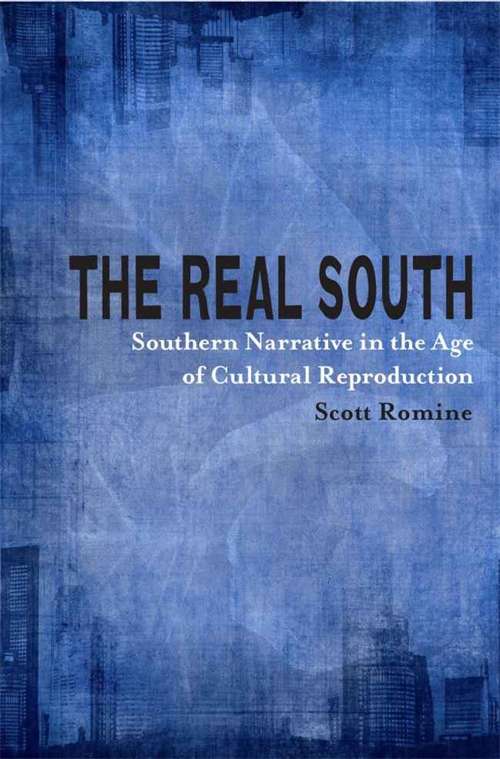 In this stimulating study, Scott Romine explores the impact of globalization on contemporary southern culture and the South's persistence in an age of media and what he terms "cultural reproduction." Rather than being compromised, Romine asserts, southern cultures are both complicated and reconfigured as they increasingly detach from tradition in its conventional sense. In considering Souths that might appear fake -- the Souths of the theme restaurant, commercial television, and popular regional magazines, for example -- Romine contends that authenticity and reality emerge as central concepts that allow groups and individuals to imagine and navigate social worlds.Romine addresses a major critical problem -- "authenticity" -- in a fundamentally new manner. Less concerned with what actually constitutes an "authentic" or "real" South than in how these concepts are used today, The Real South explores a wide range of southern narratives that describe and travel through virtual, simulated, and commodified Souths. Where earlier critics have tended to assume a real or authentic South, Romine questions such assumptions and whether the "authentic South" ever truly existed.From Gone with the Wind, Civil War reenactments, and a tennis community outside Atlanta called Tara, to the work of Josephine Humphreys, the travel narrative of V. S. Naipaul, and the historical fiction of Lewis Nordan, Romine examines how narratives (and spaces) are used to fashion social solidarity and cultural continuity in a time of fragmentation and change. Far from deteriorating or disappearing in a global economy, Romine shows, the South continues to be reproduced and used by diverse groups engaged in diverse cultural projects.