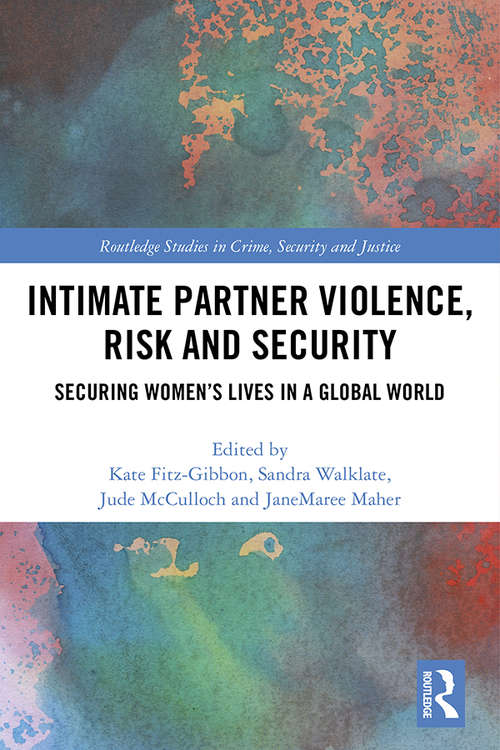 In bringing together a range of international experts, this edited collection challenges status quo understandings of risk and questions how we can reposition the risk of IPV, and particularly the risk of IPH, as a critical site of global and national security. It brings together contributions from a range of disciplines and international jurisdictions, including from Australia and New Zealand, United Kingdom, Europe, United States, North America, Brazil and South Africa.

The contributions here urge us to think about perpetrators in more nuanced and sophisticated ways with chapters pointing to the structural and social factors that facilitate and sustain violence against women and IPV. Contributors point out that states not only exacerbate the structural conditions producing the risks of violence, but directly coerce and control women as both citizens and non-citizens. States too should be understood as collaborators and facilitators of intimate partner violence. Effective action against intimate partner violence requires sustained responses at the global, state and local levels to end gender inequality. Critical to this end are environmental issues, poverty and the divisions, often along ‘race’ and ethnic lines, underpinning other dimensions of social and economic inequality.