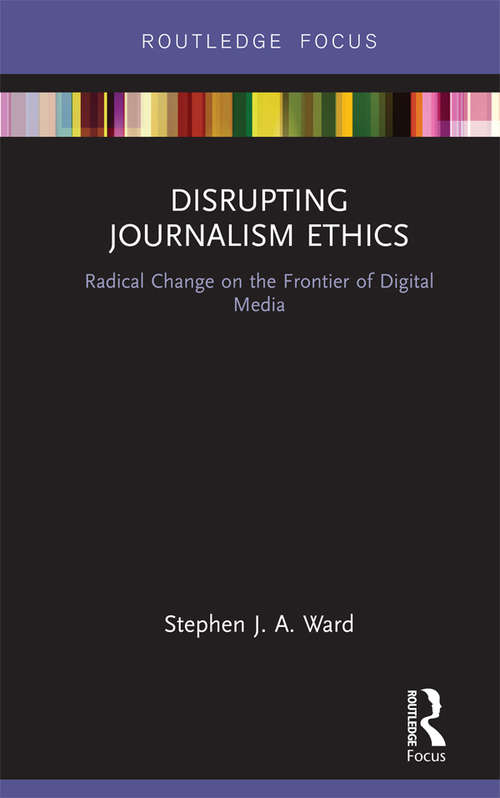 Disrupting Journalism Ethics sets out to disrupt and change how we think about journalism and its ethics. The book contends that long-established ways of thinking, which have come down to us from the history of journalism, need radical conceptual reform, with alternate conceptions of the role of journalism and fresh principles to evaluate practice. Through a series of disruptions, the book undermines the traditional principles of journalistic neutrality and "just the facts" reporting. It proposes an alternate philosophy of journalism as engagement for democracy. The aim is a journalism ethic better suited to an age of digital and global media.

As a philosophical pragmatist, Stephen J. A. Ward critiques traditional conceptions of accuracy, neutrality, detachment and patriotism, evaluating their capacity to respond to ethical dilemmas for journalists in the 21st century. The book proposes a holistic mindset for doing journalism ethics, a theory of journalism as advocacy for egalitarian democracy, and a global redefinition of basic journalistic norms. The book concludes by outlining the shape of a future journalism ethics, employing these alternative notions.

Disrupting Journalism Ethics is an important intervention into the role of journalism today. It asks: what new role journalists should play in today’s digital media world? And what new mind-set, new aims, and new standards ought jounalists to embrace? The book aims to persuade—and provoke—ethicists, journalists, students, and members of the public to disrupt and invent.