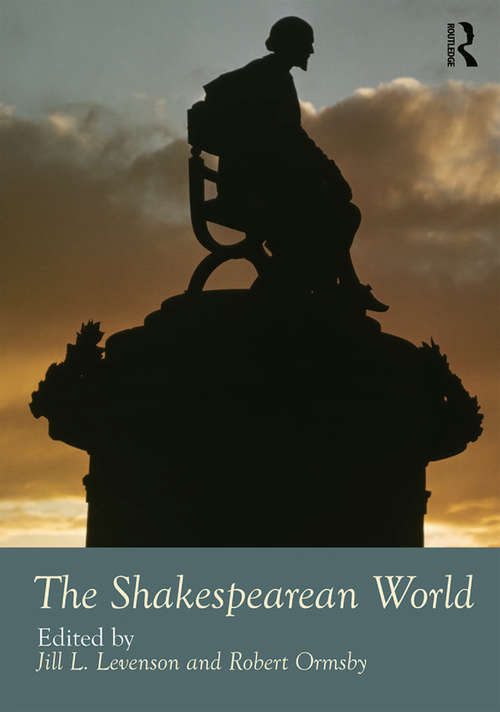 The Shakespearean World takes a global view of Shakespeare and his works, especially their afterlives. Constantly changing, the Shakespeare central to this volume has acquired an array of meanings over the past four centuries. "Shakespeare" signifies the historical person, as well as the plays and verse attributed to him. It also signifies the attitudes towards both author and works determined by their receptions. Throughout the book, specialists aim to situate Shakespeare’s world and what the world is because of him. In adopting a global perspective, the volume arranges thirty-six chapters in five parts:

Shakespeare on stage internationally since the late seventeenth century;

Shakespeare on film throughout the world;

Shakespeare in the arts beyond drama and performance;

Through its coverage, The Shakespearean World offers a comprehensive transhistorical and international view of the ways this Shakespeare has not only influenced but has also been influenced by diverse cultures during 400 years of performance, adaptation, criticism, and citation. While each chapter is a freshly conceived introduction to a significant topic, all of the chapters move beyond the level of survey, suggesting new directions in Shakespeare studies – such as ecology, tourism, and new media – and making substantial contributions to the field. This volume is an essential resource for all those studying Shakespeare, from beginners to advanced specialists.