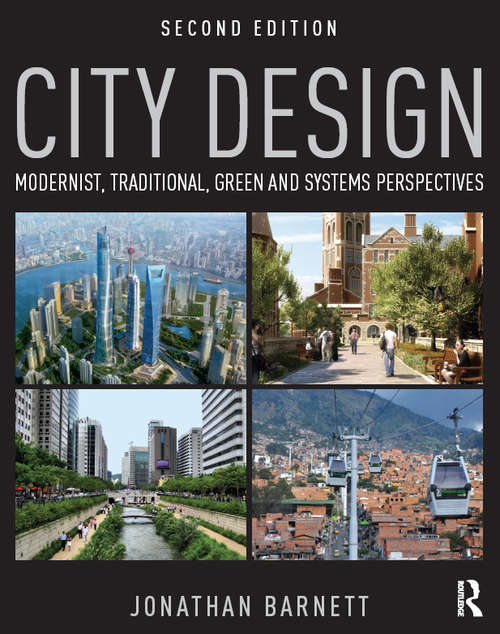 City Design describes the history and current practice of the four most widely accepted approaches to city design: the Modernist city of towers and highways that, beginning in the 1920s, has come to dominate urban development worldwide but is criticized as mechanical and soul-less; the Traditional organization of cities as streets and public places, scorned by the modernists, but being revived today for its human scale; Green city design, whose history can be traced back thousands of years in Asia, but is becoming increasingly important everywhere as sustainability and the preservation of the planet are recognized as basic issues, and finally Systems city design, which includes infrastructure and development regulation but also includes computer aided techniques which give designers new tools for managing the complexity of cities.

This new, revised edition of City Design includes a larger format and improved interior design allowing for better image quality. The author has also included wider global coverage and context with more international examples throughout, as well as new coverage on designing for informal settlements and new research conclusions about the immediacy of sea level rise and other climate change issues that affect cities, which sharpen the need for design measures discussed in the book.

Authoritative yet accessible, City Design covers complicated issues of theory and practice, and its approach is objective and inclusive. This is a comprehensive text on city design ideal for planners, landscape architects, urban designers and those who want to understand how to improve cities.