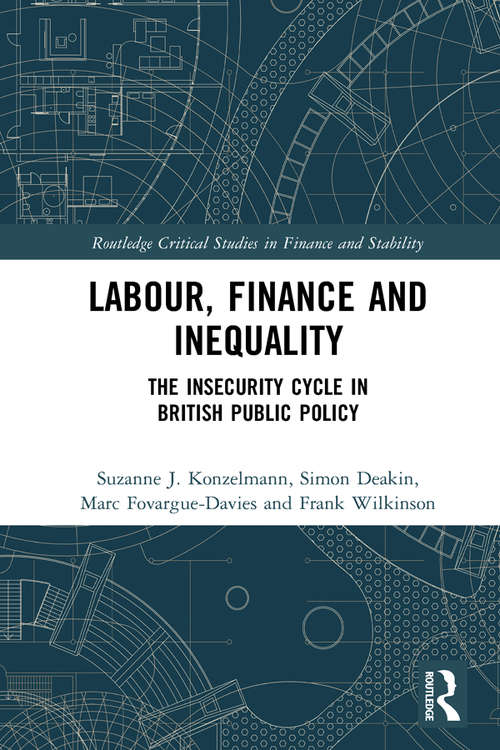 Following the 2008 "global" financial crisis, the viability of globalised financial capitalism was called into question. The resulting fear and uncertainty produced a momentary return to "Keynesian" policies. But as soon as emergency stimuli – and bank bail-outs – appeared to stabilise the situation, there was a sharp reversal; and successive British governments and the financial sector have since attempted to return to business as usual.

Historically, much smaller shocks have been able to produce dramatic change, with the 1978 "Winter of Discontent" providing a catalyst for the election of Margaret Thatcher, the ultimate abandonment of the post-war Keynesian consensus, and the ushering-in of neoliberalism. Nor is apparent success a guarantee against change, with Winston Churchill being swept from office by the first majority Labour government in 1945 – at a point which should have marked his greatest triumph.

In this book, these apparently inexplicable shifts in the conventional wisdom and the accompanying policy paradigm are explored through the lens of the interest groups that have jostled for position since the second industrial revolution. In this context, inequality, poverty, free market capitalism and the social welfare state have interacted in an uneasy, dynamic dance – the "insecurity cycle". The authors explore these interactions, their impact on the relationship between society and the economy, and the possible implications of Brexit and a re-energised political left.

Written in an engaging and accessible style, Labour, Finance and Inequality will be a key resource for academics and students of social and political economics as well as public policy. It will also offer considerable insight to policy makers and a more general non-specialist audience.