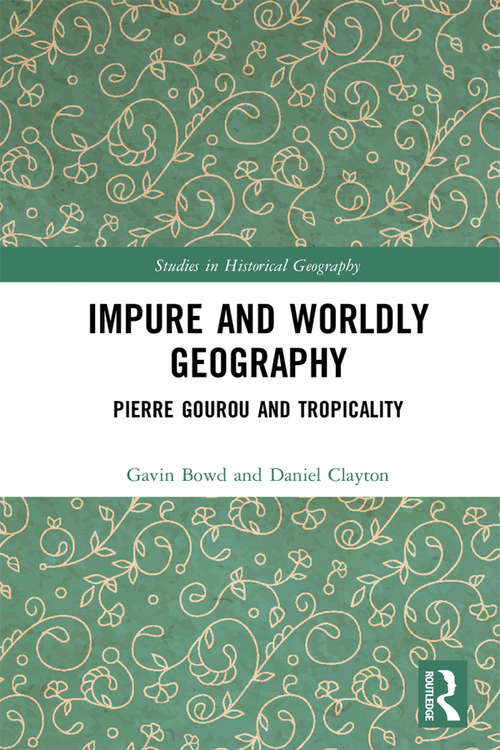 Tropicality is a centuries-old Western discourse that treats otherness and the exotic in binary – ‘us’ and ‘them’ – terms. It has long been implicated in empire and its anxieties over difference. However, little attention has been paid to its twentieth-century genealogy.

This book explores this neglected history through the work of Pierre Gourou, one of the century’s foremost purveyors of what anti-colonial writer Aimé Césaire dubbed tropicalité. It explores how Gourou’s interpretations of ‘the nature’ of the tropical world, and its innate difference from the temperate world, were built on the shifting sands of twentieth-century history – empire and freedom, modernity and disenchantment, war and revolution, culture and civilisation, and race and development. The book addresses key questions about the location and power of knowledge by focusing on Gourou’s cultivation of the tropics as a romanticised, networked and affective domain. The book probes what Césaire described as Gourou’s ‘impure and worldly geography’ as a way of opening up interdisciplinary questions of geography, ontology, epistemology, experience and materiality.

This book will be of great interest to scholars and students within historical geography, history, postcolonial studies, cultural studies and international relations.