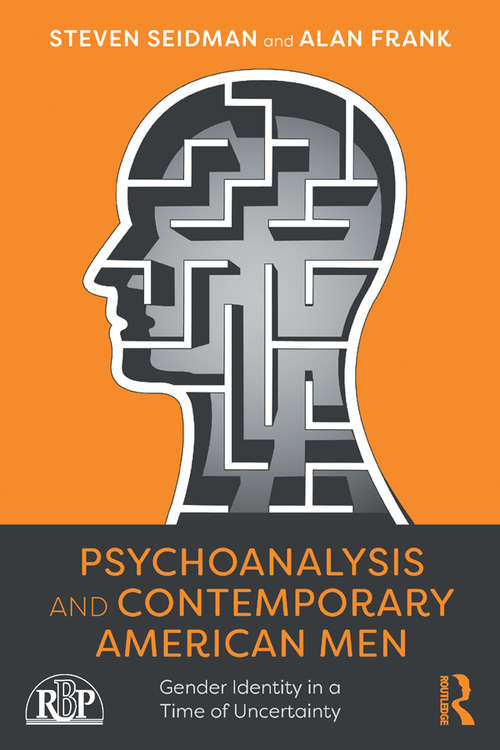 Debate over gender and especially the lives of men is currently at a fever pitch, particularly in the United States. New perspectives that capture the complexity of men and a rapidly changing gender landscape are therefore critical today. Psychoanalysis and Contemporary American Men challenges narrow stereotyped views of men by arguing that men are as complex and layered as women.

In the light of the recent #MeToo movement, stereotypes of men are being recycled. While aligned with the spirit of this movement, the authors worry that negative stereotypes of men are being perpetrated at the very time that men are renegotiating their gender experience. The authors present a critical non-heteronormative perspective addressing current gender transformations. Although the lives of men are changing, the stories that dominate the public sphere often represent them as narrowly phallic—controlling, detached, sexist, and homophobic. Seidman and Frank offer a counter point: men are also "guardians" driven to be useful and to do good, to live valued and purposeful lives. They argue that men are not only driven by a will to power but by an ethically-minded, relationally-oriented sense of responsibility to care for others, whether partners, children, or fellow citizens.

Drawing on historical, sociological, and psychoanalytic work, this book provides a nuanced, multidimensional construct of American men today. Psychoanalysis and Contemporary American Men will be of interest to psychoanalysts and psychotherapists as well as scholars and students of gender and queer studies.