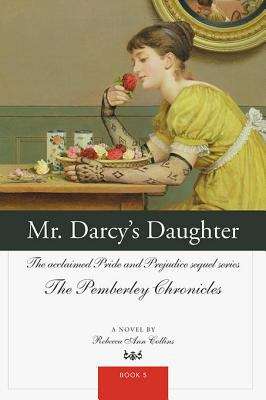 The bestselling Pemberley Chronicles series continues the saga of the Darcys and Bingleys from Jane Austen's Pride and Prejudice and introduces imaginative new characters.

Charming, beautiful, and intelligent, Cassandra Darcy is undeniably her father's daughter. When her brother Julian falters in his responsibilities as heir to Pemberley, Darcy and Elizabeth turn in desperation to their daughter, and Cassy is thrust into the role of surrogate heir.

It will take all of Cassy's inner strength and ingenuity to raise Julian's son, attend to her own happy marriage and children, and keep Pemberley's tenants satisfied. When she is faced with a series of crises—her daughter appears to be involved in an unsuitable affair and her son is unwittingly drawn into a murder investigation—Cassy must act before circumstances spin out of control.

Set against a vivid backdrop of dramatic political and social changes sweeping England during the Victorian era, Mr. Darcy's Daughter is the remarkable story of a strong-minded woman in a man's world, struggling to balance the competing demands of love and duty as a daughter, wife, mother, and sister.