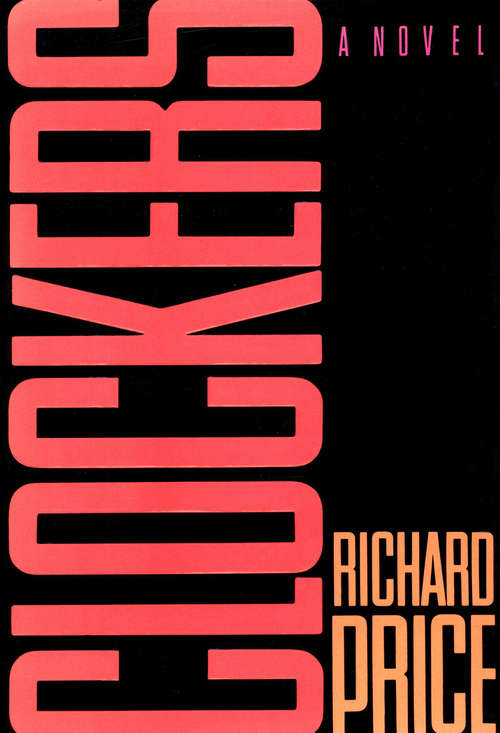 Eighteen years ago, Richard Price's first novel, The Wanderers, was hailed by Hubert Selby, Jr., in the New York Times Book Review as "an outstanding work of art." Three novels and a dozen years later, Price made an equally stunning debut in Hollywood with his screenplay for The Color of Money, which was nominated for an Academy Award. And in 1989 his script for Sea of Love was widely recognized as a key to that movie's great success. But none of these accomplishments prepares us for the power and the brilliance of his new novel: with Clockers, Richard Price takes a long step forward and joins the first rank of American writers. Rocco Klein, a veteran homicide detective in a city just outside Manhattan, has lost his appetite for the wild drama of the street. When a warm June night brings yet another drug murder, Rocco has no sense that the case is anything special. A black twenty-year-old steps forward to confess, but a little digging reveals that he's never been in any kind of trouble, whereas his brother runs a crew of street-corner cocaine dealers-- clockers--in a nearby housing project. Soon Rocco is sure that Victor Dunham is innocent, sure that his brother Strike is the real killer, and suddenly Rocco's hunger for the job is back. But we know this brother, and we know Strike is not the killer. Driven and shrewd, Strike uses violence when he has to, but his primary concern is survival. He has been clocking for almost a year; if he could somehow move up to the ounce business, he might get off the street before it breaks him. But then Rocco Klein begins hounding him, and Strike's life becomes a nightmare. At once an explosive murder mystery and a riveting portrait of two lives on a collision course, Clockers is a spectacular achievement. Richard Price has given voice to the harrowing but vital landscape of the American inner city, and this is quite simply one of the best novels in years.