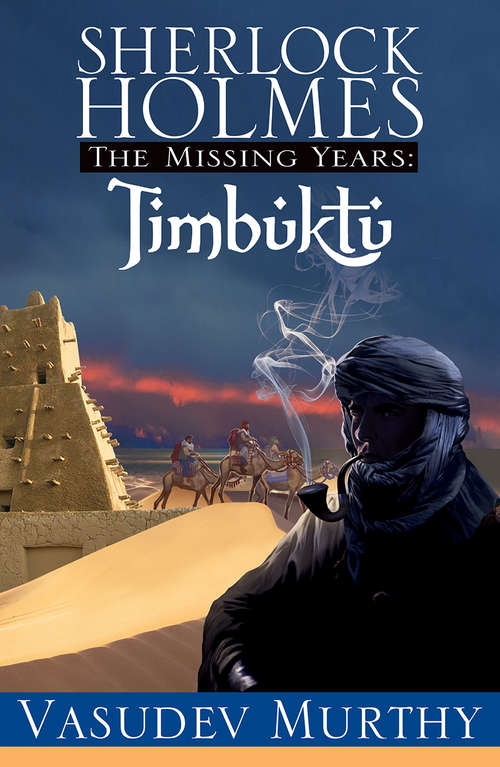 Still wondering what Sherlock Holmes was doing between his reported death in 1891 and his reappearance in 1894?

All the world knew that Sherlock Holmes died at the Reichenbach Falls, tumbling over the jagged cliff in a deadly embrace with his nemesis Moriarty. But for history's greatest detective, death was only the beginning. Rumors abounded that Holmes had been sighted advising the Japanese emperor, studying with the Dalai Lama, and protecting the president of the United States, but only Dr. Watson knew the truth. From 1891 to 1894, Sherlock Holmes was dead to the world - and having the grandest adventures of his career.

It begins when an Italian scholar travels from Venice to 221B Baker Street, to beg the help of the legendary detective. He carries an ancient parchment, written in the hand of Marco Polo himself. It is a rubbing made from a brass disc found in the libraries of Kublai Khan, and it was torn in half centuries ago to protect the world from a terrifying secret, one that, apparently, first Marco Polo, then another great traveler, the Moroccan Ibn Battuta, took dramatic steps to guard. Where, if anywhere, is its missing half?

Holmes springs into action. He fakes his death at Reichenbach, and proceeds undercover to Venice. A murdered scholar, an archivist from the Vatican, British imperial politics and, of course, the dire hand of Moriarty propel Holmes and a surprised but resolute Dr. Watson, playing the roles they assumed in Morocco, on a perilous journey down the Sahara to the ancient city of Timbuktu...and beyond. In deepest Africa, Holmes will confront ruthless criminals, an ancient culture, and a staggering surprise.