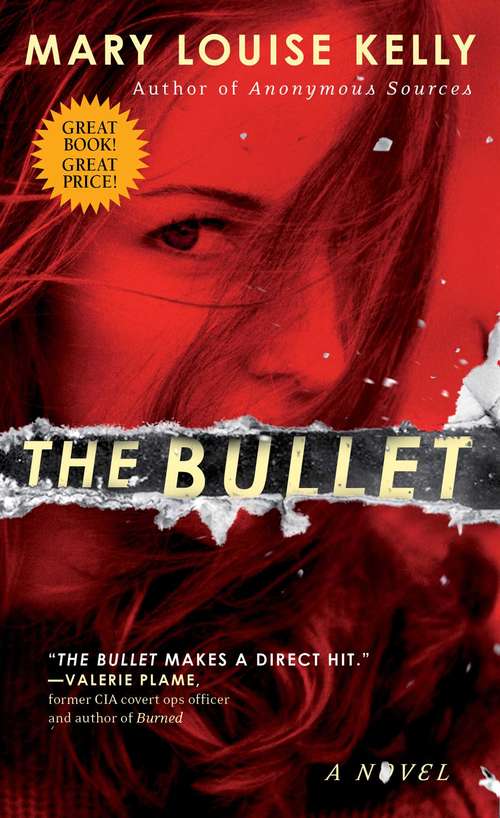 From former NPR correspondent Mary Louise Kelly comes a heart-pounding story about fear, family secrets, and one woman's hunt for answers about the murder of her parents.Two words: The bullet. That's all it takes to shatter her life. Caroline Cashion is beautiful, intelligent, a professor of French literature. But in a split second, everything she's known is proved to be a lie. A single bullet, gracefully tapered at one end, is found lodged at the base of her skull. Caroline is stunned. It makes no sense: she has never been shot. She has no entry wound. No scar. Then, over the course of one awful evening, she learns the truth: that she was adopted when she was three years old, after her real parents were murdered. Caroline was there the night they were attacked. She was wounded too, a gunshot to the neck. Surgeons had stitched up the traumatized little girl, with the bullet still there, nestled deep among vital nerves and blood vessels. That was thirty-four years ago. Now, Caroline has to find the truth of her past. Why were her parents killed? Why is she still alive? She returns to her hometown where she meets a cop who lets slip that the bullet in her neck is the same bullet that killed her mother. Full-metal jacket, .38 Special. It hit Caroline's mother and kept going, hurtling through the mother's chest and into the child hiding behind her. She is horrified--and in danger. When a gun is fired it leaves markings on the bullet. Tiny grooves, almost as unique as a fingerprint. The bullet in her neck could finger a murderer. A frantic race is set in motion: Can Caroline unravel the clues to her past, before the killer tracks her down?