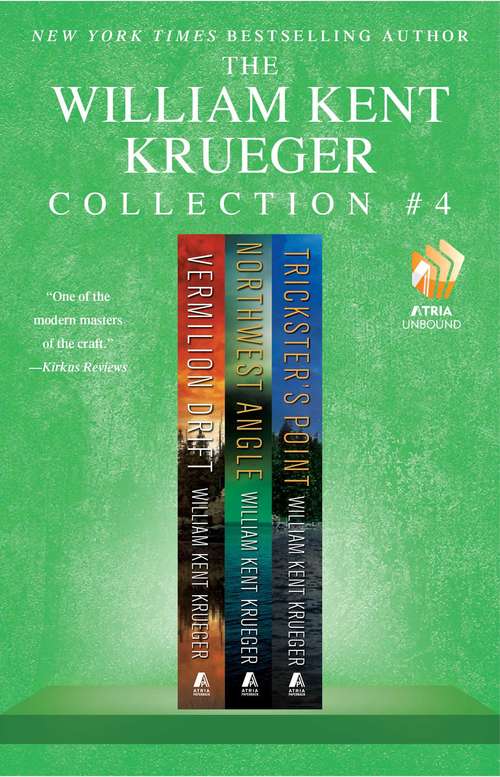 When the Department of Energy puts an underground iron mine on its short list of potential sites for storage of nuclear waste, a barrage of protest erupts in Tamarack County, Minnesota, and Cork is hired as a security consultant. Deep in the mine during his first day on the job, Cork stumbles across a secret room that contains the remains of six murder victims. As Cork searches for answers, he must dig into his own past and that of his father, a well-respected man who harbored a ghastly truth. Time is running out, however. New threats surface, and unless Cork can unravel the tangled thread of clues quickly, more death is sure to come.

During a houseboat vacation on the remote Lake of the Woods, a violent gale sweeps through unexpectedly, stranding Cork and his daughter, Jenny, on a devastated island where the wind has ushered in a force far darker and more deadly than any storm. Amid the wreckage, Cork and Jenny discover the body of a teenage girl. She wasn’t killed by the storm, however; she’d been bound and tortured before she died. Nearby, underneath a tangle of branches, they also find a baby boy, hungry and dehydrated, but still very much alive. Powerful forces intent on securing the child pursue them to the isolated Northwest Angle, where it’s impossible to tell who among the residents is in league with the devil, but Cork understands that to save his family he must solve the puzzle of this mysterious child whom death follows like a shadow.

Cork O’Connor is sitting in the shadow of a towering monolith known as Trickster’s Point, deep in the Minnesota wilderness. With him is Jubal Little, who is favored to become the first Native American elected governor of Minnesota and who is slowly dying with an arrow through his heart. Although the men have been bow-hunting, a long-standing tradition among these two friends, this is no hunting accident. The arrow turns out to be one of Cork’s, and he becomes the primary suspect in the murder. He understands full well that he’s been set up. As he works to clear his name and track the real killer, he remembers his long, complex relationship with the tough kid who would grow up to become a professional football player, a populist politician, and the lover of the first woman to whom Cork ever gave his heart. Jubal was known by many for his passion, his loyalty, and his ambition. Only Cork knows that he was capable of murder.