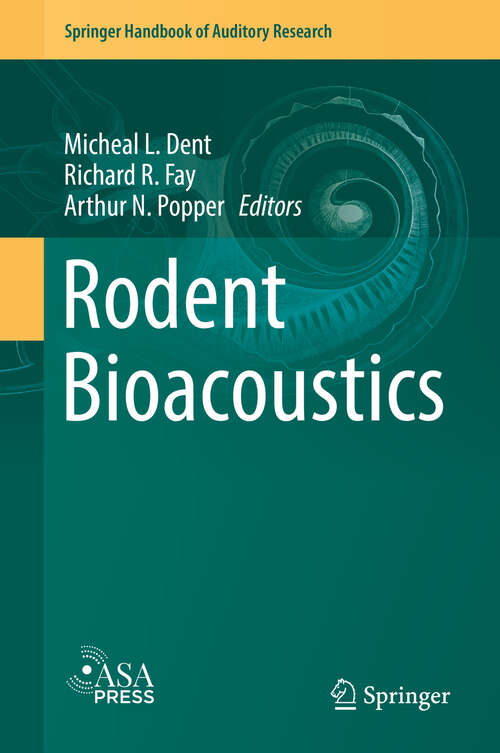 By far, the most widely used subjects in psychological and biological research today are rodents. Although rats and mice comprise the largest group of animals used in research, there are over 2,000 species and 27 families of rodents, living all over the world (except Antarctica) and thriving in many different habitat types. The vast environmental diversity that rodents face has led to numerous adaptations for communication, including vocalizing and hearing in both the sonic and ultrasonic ranges, effectively communicating in the open air and underground, and using vocalizations for coordinating sexual behavior, for mother-pup interactions, and for signaling an alarming situation to the group. Some rodent species have even developed foot drumming behaviors for communication. Comparative studies from around the globe, using both field and laboratory methodologies, reveal the vast differences in acoustic communication behavior across many rodent species. Some rodents are amenable to training and have been domesticated and bred purely for research purposes. Since the early 1900s, rats and mice have been indispensable to research programs around the world. Thus, much of what we know about hearing and vocalizations in rodents come from these two species tested in the laboratory. The sequencing of the mouse genome in 2002, followed by the rat genome in 2004, only increased the utility of these animals as research subjects since genetically engineered strains mimicking human diseases and disorders could be developed more easily. In the laboratory, rats and mice are used as models for human communication and hearing disorders and are involved in studies on hearing loss and prevention, hormones, and auditory plasticity, to name a few. We know that certain strains of mice retain hearing better than others throughout their lifespan, and about the genes involved in those differences. We know about the effects of noise, hormones, sex, aging, and circadian rhythms on hearing in mice and other rodents. We also know about normal hearing in many families of rodents, including the perception of simple and complex stimuli and the anatomy and physiology of hearing and sound localization.The importance of acoustic communication to these animals, as well as the significance of these mammals to biomedical research, are summarized in the chapters.