Transportation Analytics in the Era of Big Data 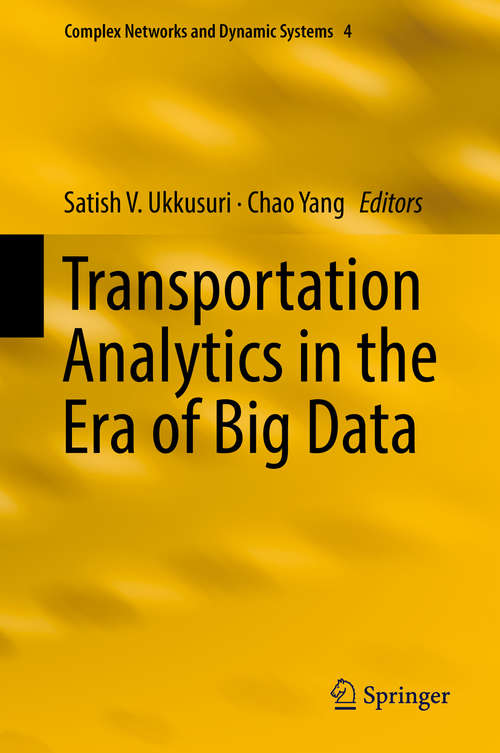 This book presents papers based on the presentations and discussions at the international workshop on Big Data Smart Transportation Analytics held July 16 and 17, 2016 at Tongji University in Shanghai and chaired by Professors Ukkusuri and Yang. The book is intended to explore a multidisciplinary perspective to big data science in urban transportation, motivated by three critical observations:The rapid advances in the observability of assets, platforms for matching supply and demand, thereby allowing sharing networks previously unimaginable.The nearly universal agreement that data from multiple sources, such as cell phones, social media, taxis and transit systems can allow an understanding of infrastructure systems that is critically important to both quality of life and successful economic competition at the global, national, regional, and local levels.There is presently a lack of unifying principles and methodologies that approach big data urban systems.The workshop brought together varied perspectives from engineering, computational scientists, state and central government, social scientists, physicists, and network science experts to develop a unifying set of research challenges and methodologies that are likely to impact infrastructure systems with a particular focus on transportation issues. The book deals with the emerging topic of data science for cities, a central topic in the last five years that is expected to become critical in academia, industry, and the government in the future. There is currently limited literature for researchers to know the opportunities and state of the art in this emerging area, so this book fills a gap by synthesizing the state of the art from various scholars and help identify new research directions for further study.