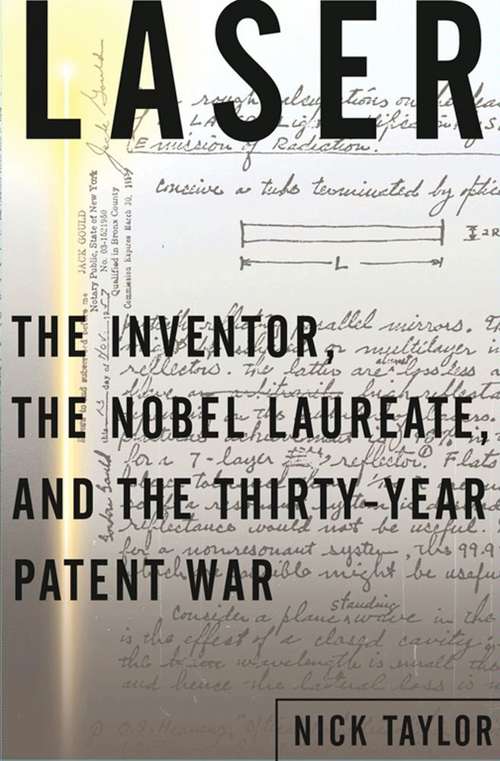 In 1957 Gordon Gould, then an obscure physicist and perennial graduate student, conceived one of the revolutionary inventions of the twentieth century -- the laser. But before he could submit a patent application, a prominent professor of physics whose office was next door to Gould's filed his own laser patent claims. Gould fought to reclaim the rights to his work, beginning a battle that would last nearly thirty years. Many millions of dollars, as well as the integrity of scientific claims, were at stake in the litigation that ensued. Laseris Gould's story -- and an eye-opening look at the patent process in America, the nexus of the worlds of business and science. Gould was struggling to finish his Ph. D. thesis when he struck upon the concept for the laser, or Light Amplification by Stimulated Emission of Radiation. Light waves, Gould realized, would form a single concentrated beam when reflected between two mirrors inside a gas-filled chamber. Even as he was sketching his invention, Gould foresaw the tremendous potential of the laser in industry, communications, and the military. For three days he feverishly documented his ideas in a notebook, which he had notarized in a candy store near his Bronx apartment. A small technology firm took a great interest in Gould's laser and soon won a Defense Department contract to develop lasers for the military. Ironically, Gould was denied a security clearance because of his past communist associations, and so was unable to work on his own invention. He could only watch from the sidelines as colleagues tried to build a working laser in a desperate race with larger, better-funded research labs. Meanwhile, Gould's rival, Charles Townes, had everything that Gould lacked, most notably important academic and government appointments and esteem in the scientific community. In the dispute between the two men, few doubted Townes's word, while nearly everyone scoffed at Gould's claims. But Gould's determination was unyielding, and he fought everyone who stood in his way, including the U. S. Patent Office, major corporations, and the entire laser industry, until he finally won. Gordon Gould, the courts ruled, had invented the laser. Laseris a grand story of technology and law. Nick Taylor has extensively interviewed Gould as well as other key participants in the battle over the laser's invention and patents. In this riveting account of genius, rivalry, and greed, he shows just how difficult it is for the legendary lone inventor to prevail when the license to a valuable invention is at stake.