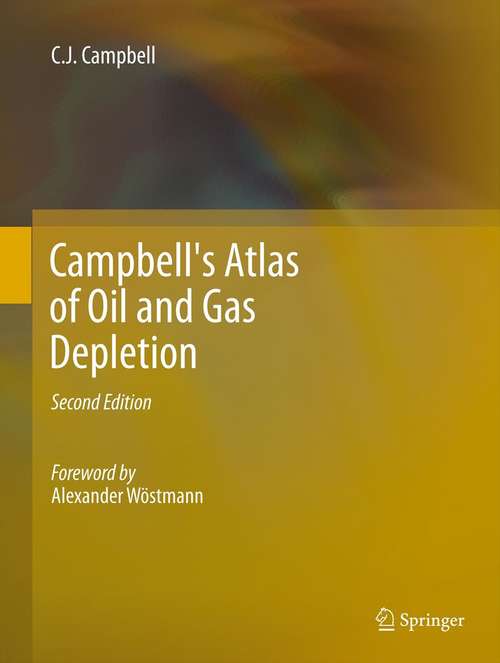 Campbell's Atlas of Oil and Gas Depletion, Second Edition, is the product of a half-century of critical analysis and updating of data on the status of oil and gas depletion by country, region and the world as a whole. Separate analyses of conventional and non-conventional oil and gas, which are depleting at different rates and costs, show when these critical energy sources peak and decline. The Atlas also summarizes the history and political circumstances of each country to assess the impact on oil and gas production and reserves. It contrasts the First Half of the Oil Age, which saw the rapid expansion of the world economy, allowing the population to grow six-fold, with the Second Half, which will witness a general contraction as these easy, high-density energy supplies dwindle. The transition threatens to be a time of great economic, financial and political tensions. The Atlas, which has been compiled and updated by prominent geologist, former oil company executive, and oil analyst Colin Campbell since the 1960s, addresses the need for a reliable and comprehensive database on a subject essential to governments, industry, academia, and the population as a whole as we attempt to adapt to these critically changing circumstances.