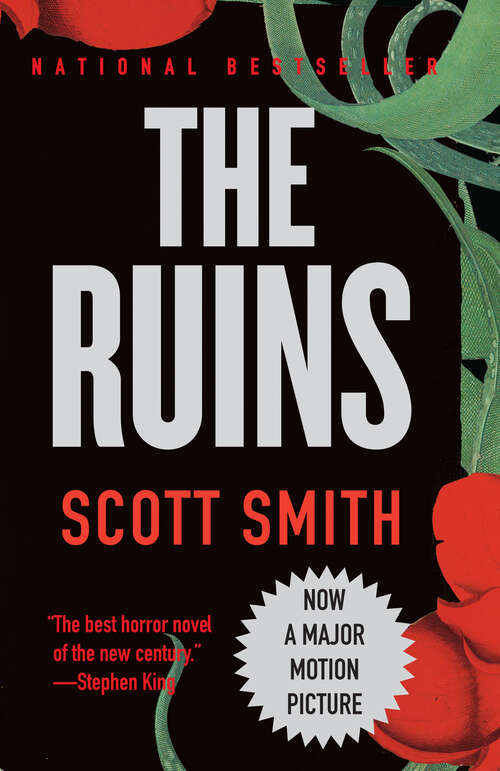 While partying on holiday in Cancun two young American couples befriend a German tourist named Mathias, and three friendly Greeks. Mathias had been travelling with his brother, Heinrich, who's disappeared off to the Mayan ruins with a woman working on an archaeological dig. Mathias is worried for his brother and, using a hand-drawn map Heinrich had left behind, sets off in pursuit. The Americans and one of the Greeks join him in his adventure to the interior. After an exhausting journey, the six reach a Mayan village. But there they receive a frightening reception and turn around, despairing of ever finding Henrich and the ruins. Following a camouflaged trail out of the village, the group come to a hillside covered in bright red flowers. As they pause at the base of this hill, transfixed by the beauty of the vision, a horseman approaches behind them. It's one of the Mayans; he's got a gun and, in his own language, orders them away from the hill. In the midst of the confrontation, one of the group steps backward, into the flowering vine. The Mayan falls silent then orders all six up the hill. As they follow the trail across the hilltop and down the slope they see yet another group of Mayans waiting for them, weapons out-and a mound, covered with the flowering vine. They examine it and find Henrich's corpse, shot full of arrows. They are mystified. And the Mayans won't let them leave. Trapped, the group try to figure out a way to survive until someone comes to find them, imagining they've been made irrational by thirst and hunger. But as they move through their first twenty-four hours, another, far more terrifying foe reveals itself . . . Eerie, terrifying, unputdownable The Ruins is suspense storytelling at its best.