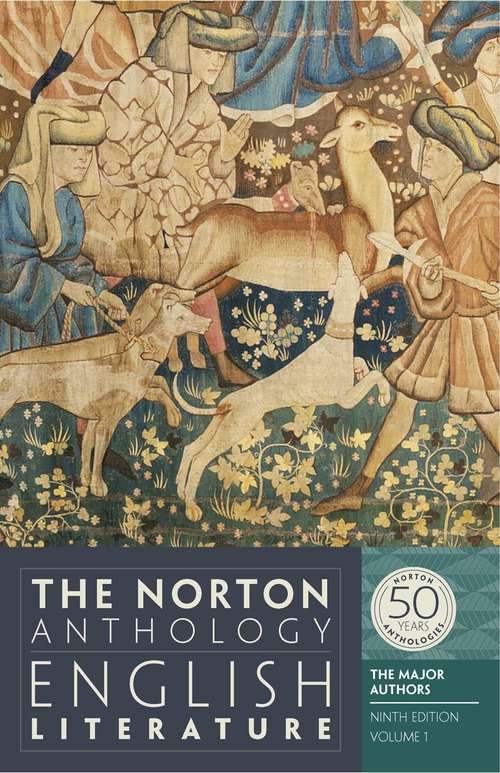 A great anthology of English literature is a compact library for life. Its goal is to bring together works of enduring value and to make them accessible, comprehensible, and pleasurable to a wide range of readers. Its success depends on earning the reader's trust, trust in the wisdom of the choices, the accuracy of the texts, and the usefulness and good sense of the apparatus. It is not a place for the display of pedantry, the pushing of cherished theories, or the promotion of a narrow ideological agenda. If it succeeds, if it manages to give its readers access to many of the most remarkable works written in English during centuries of restless creative effort, then it furthers a worthwhile democratic cause, that of openness. What might have been a closed pleasure ground, jealously guarded as the preserve of a privileged elite, becomes open to all. Over fifty years and nine editions, The Norton Anthology of English Literature has served this important goal. The works anthologized here generally form the core of courses that are designed to introduce students to English literature. The selections reach back to the earliest moments of literary creativity in English, when the language itself was still molten, and extend to some of the most recent experiments, when, once again, English seems remarkably fluid and open. That openness--a recurrent characteristic of a language that has never been officially regulated and that has constantly renewed itself--helps to account for the sense of freshness that characterizes the works brought together here.