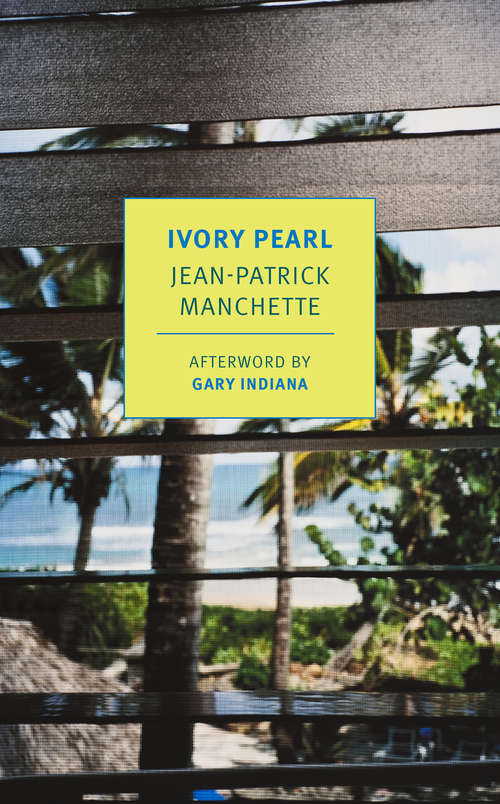 Set in Cuba's Sierra Maestra in the 1950s, in the days leading up to the Revolution--Manchette's unfinished masterpiece with a fearless female protagonist.Out of the wreckage of World War II swaggers Ivory Pearl, so named (rhymes with girl) by some British soldiers who made her their mascot, a mere kid, orphaned, survivor of God knows what, but fluent in French, English, smoking, and drinking. In Berlin, Ivy meets Samuel Farakhan, a rich closeted intelligence officer. Farakhan proposes to adopt her and help her to become the photographer she wants to be; his relationship to her will provide a certain cover for him. And she is an asset. The deal is struck...1956: Ivy has seen every conflict the postwar world has on offer, from Vietnam to East Berlin, and has published her photographs in slick periodicals, but she is sick to death of death and bored with life and love. It’s time for a break. Ivy heads to Cuba, the Sierra Maestra. History, however, doesn’t take vacations.Ivory Pearl was Jean-Patrick Manchette’s last book, representing a new turn in his writing. It was to be the first of a series of ambitious historical thrillers about the “wrong times” we live in. Though left unfinished when Manchette died, the book, whose full plot has been filled in here from the author’s notes, is a masterpiece of bold suspense and black comedy: chilling, caustic, and perfectly choreographed.