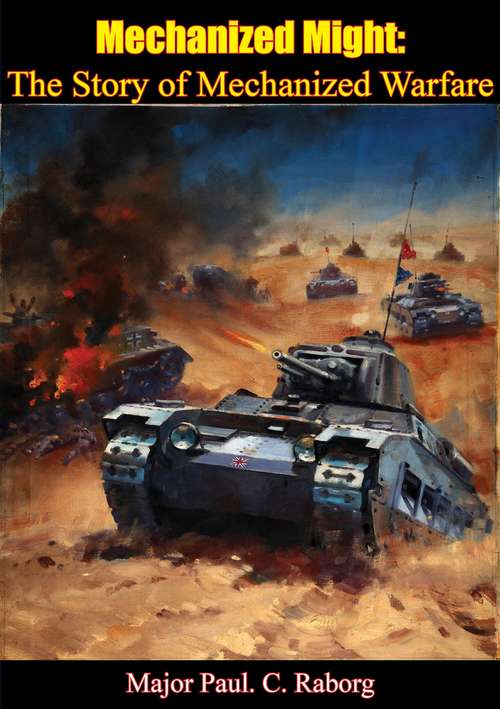 Originally published in 1942, this book gave the first popular account of mechanized warfare—a subject on which its author, Major Paul C. Raborg, was a thorough master.Raborg describes the unchanging character of military strategy and the mechanized armies of today, gives a detailed and complete picture of America’s new armies now in the field, and illustrates high-power blitzkrieg tactics with an analysis of the Battle of France where operations of the Nazis proceeded “according to plan.”“The entire future of our world depends on the mechanized might which is produced by the United States. Although no victory in this new war of speed can be accomplished without superiority in the air, and although naval strength figures prominently in this most terrible of all conflicts, the Second World War, no victories can be decisive, complete, or final without the most efficient mechanized and motorized land armies.[…]“The descriptions set forth herein are vitally necessary so that every citizen of the United States and of all the democracies may fully realize the mechanized might of our present new armies and the overpowering mechanized might that is planned for the future and thereby know that, regardless of reverses, eventual victory is certain.”“Mechanized Might is written in a style easy for the general public to understand. The book has tremendously intrigued and interested me, for I, like its author, took active part in the First World War and have since watched with unflagging interest all developments, especially in regard to the smashing style of German warfare that has wrecked Europe. I cannot see how this book can fail to interest everybody, especially as we are in a war of frightfulness up to now unequaled in history.[...]”—Lt.-Gen. Robert Lee Bullard, Introduction, Mechanized Might