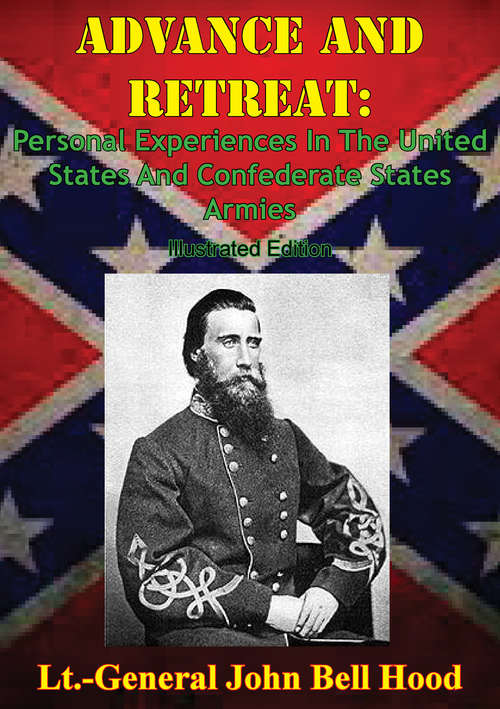 Includes Civil War Map and Illustrations Pack - 224 battle plans, campaign maps and detailed analyses of actions spanning the entire period of hostilities."When John Bell Hood entered into the services of the Confederate Army, he was 29 years old, a handsome man and courageous soldier, loyal to the ideal of Confederate Independence and eager to fight for it. He led his men bravely into the battles of Second Manassas, Gaines's Mill, Sharpsburg, Fredericksburg, Gettysburg, and Chickamauga. He rose fast, attaining the temporary rank of full general, only to fall faster. Hood emerged from the war with his left arm shattered and useless, his right leg missing, his face aged far beyond his 33 years, and with his military reputation in disgrace. Blamed by contemporaries for contributing to the defeat of his beloved Confederacy, Hood struggled to refute their accusations. His most vehement critic, General Johnston, charged Hood with insubordination while serving under him and, after succeeding him in command, of recklessly leading Confederate troops to their "slaughter" and "useless butchery." Sherman, too, in his Memoirs, took a harsh view of Hood. Born of controversy, Advance and Retreat is of course a highly controversial book. It is also full of invaluable information and insights into the retreat from Dalton in early 1864, the fighting around Atlanta, and the disastrous Tennessee Campaign in winter of that year. Far from being a careful, sober, objective account, this book is the passionate, bitter attempt of a soldier to rebut history's judgment of himself as general and man."-Print ed.