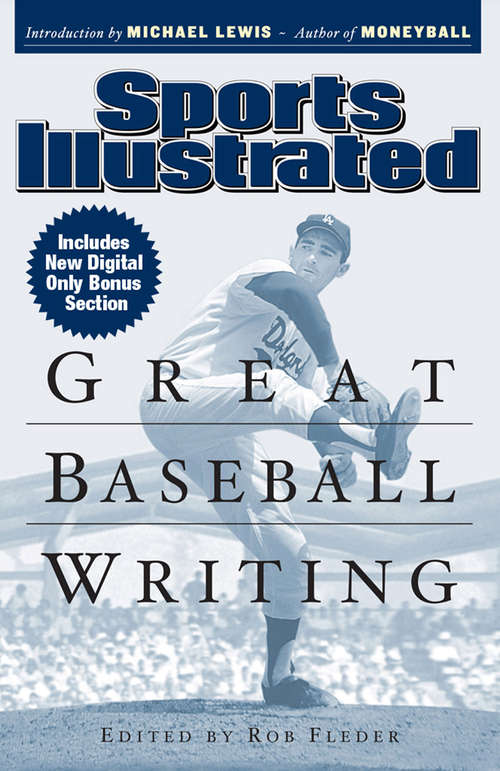 When SPORTS ILLUSTRATED was launched in 1954, baseball was, indisputable, the national pastime, its stars America's epic heroes, its rivalries the era's mythology. As baseballs fortunes rose and fell over the next 50 years--and then rose again to new heights, drawing more than 65 million fans to ballparks in 2004 - the game never failed to produce great drama and inspired storytelling. This collection is a virtual Hall of Fame from the pages of SI, bringing together the stories of baseball's greatest heroes (Mickey Mantle, Ted Williams, Sandy Koufax) and villains (Ty Cobb, Pete Rose, Denny McLain) and characters (Casey Stengel, Max Patkin, Yogi Berra); its legendary quests (the home run chases of Roger Maris, Hank Aaron, Mark McGwire, and Barry Bonds; the thrilling pennant races, from the Dodgers-Giants in 1951 to the Yankees-Red Sox in 1978); its world-class writers (Frank Deford, Mark Kram, George Plimpton, Peter Gammons, and Tom Verducci) and its own players writing from the inside about their game (Ted Williams, Jim Brosnan, and Jim Bouton). In the wake of SI's acclaimed Fifty Years of Great Writing comes this baseball anthology worthy of Cooperstown.