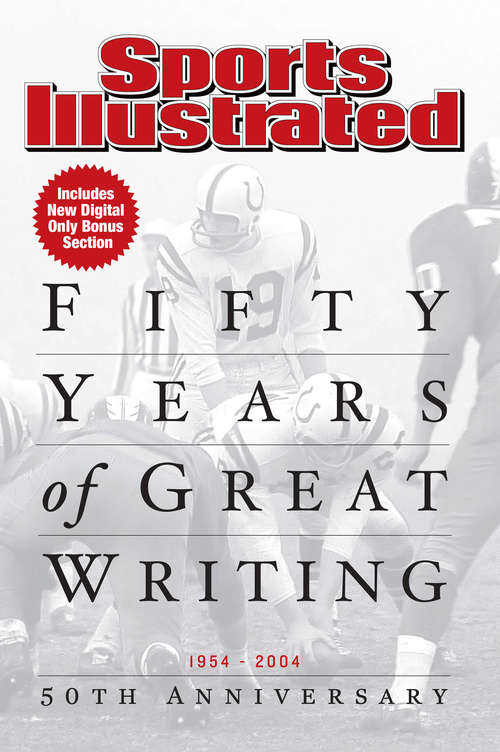 In the half-century since its birth, as SPORTS ILLUSTRATED grew from a struggling start-up to America's preeminent sports magazine, one thing has remained constant: the commitment to great storytelling. That part of the magazine's mission has always been easy to define: Identify the most compelling sports stories of our time and get the best writers in the business to tell them. This book brings together a lineup of writing talent worthy of the Hall of Fame and the classic stories they produced for SPORTS ILLUSTRATED over the past 50 years. Many of the writers whose work is collected here are longtime favorites of SI readers (Frank Deford, Rick Reilly, Steve Rushin, Gary Smith). Others are former SI staffers or contributors who left the fold, but not before making an indelible mark on SI's history (Dan Jenkins, Rick Telander, Mark Kram, Roy Blount Jr., William Nack). There are celebrated journalists (A.J. Liebling, Jimmy Breslin, George Plimpton), screenwriters (Budd Schulberg and Kenny Moore), renowned novelists (Thomas McGuane, Pete Dexter, Wallace Stegner, Don DeLillo) and even a couple of Nobel Prize winners in literature (William Faulkner and John Steinbeck). The stories themselves are a mirror of our times. Included in this volume are accounts of some of the most memorable athletic feats of our era (Secretariat's Belmont victory, the Thrilla in Manila, and Bobby Thomson's shot heard round the world). Profiles of the towering athletic figures of our time (Bill Russell and Wilt Chamberlain, Ted Williams and Johnny Unitas). Good guys (Yogi Berra and Harry Caray) and bad guys (Sonny Liston and Mike Tyson). The fast (Roger Bannister) and the furious (Dick Butkus). The ridiculous (Howard Cosell) and the sublime (Josh Gibson). And the stories that simply touch our hearts and inspire us (Frank Deford's masterpiece on light heavyweight champ Billy Conn). This is the very best of the world's best sports magazine and it just doesn't get any better than that.