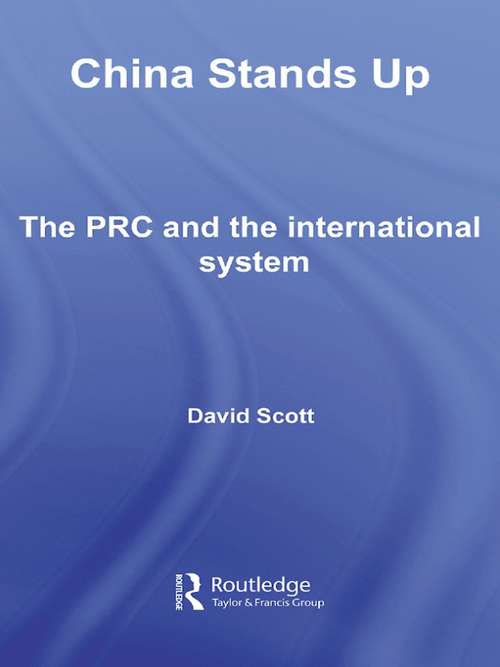 In 1949 Mao Zedong made the historic proclamation that "the Chinese people have stood up". This statement was significant, undoubtedly reflecting the changing nature not only of China’s self-perception, but also of its relationship with the rest of the world. In terms of reducing the imperialist presence of the West and Japan within China, and reasserting China’s territorial integrity and legal sovereignty to the outside world, Mao and China can indeed be seen to have successfully ‘stood up’. However, the development of China’s position in the hitherto Western-dominated international system has been more ambiguous.

In China Stands Up David Scott examines the PRC’s presence in the international system, from 1949 to the present, and also looks forward to the future, asking:

How do we define the rise of China?

How does China see its role in the world?

Has China risen in any real sense?

Engaging with a rich tapestry of sources and imagery, ranging from governmental, media, academic and popular settings, and bridging the divide between history and international relations, this book will appeal to students and scholars of both these fields, as well as those interested in Chinese politics and foreign policy.