Heir to the Jedi 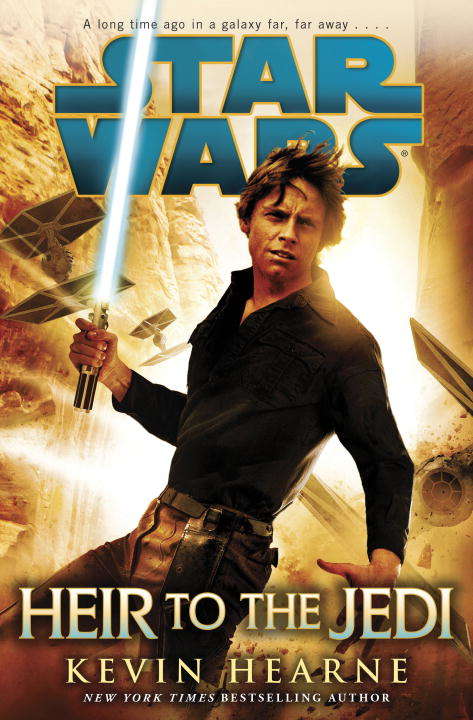 NEW YORK TIMES BESTSELLERA long time ago in a galaxy far, far away. . . . A thrilling new adventure set between A New Hope and The Empire Strikes Back, and--for the first time ever--written entirely from Luke Skywalker's first-person point of view.Luke Skywalker's game-changing destruction of the Death Star has made him not only a hero of the Rebel Alliance but a valuable asset in the ongoing battle against the Empire. Though he's a long way from mastering the power of the Force, there's no denying his phenomenal skills as a pilot--and in the eyes of Rebel leaders Princess Leia Organa and Admiral Ackbar, there's no one better qualified to carry out a daring rescue mission crucial to the Alliance cause. A brilliant alien cryptographer renowned for her ability to breach even the most advanced communications systems is being detained by Imperial agents determined to exploit her exceptional talents for the Empire's purposes. But the prospective spy's sympathies lie with the Rebels, and she's willing to join their effort in exchange for being reunited with her family. It's an opportunity to gain a critical edge against the Empire that's too precious to pass up. It's also a job that demands the element of surprise. So Luke and the ever-resourceful droid R2-D2 swap their trusty X-wing fighter for a sleek space yacht piloted by brash recruit Nakari Kelen, daughter of a biotech mogul, who's got a score of her own to settle with the Empire. Challenged by ruthless Imperial bodyguards, death-dealing enemy battleships, merciless bounty hunters, and monstrous brain-eating parasites, Luke plunges head-on into a high-stakes espionage operation that will push his abilities as a Rebel fighter and would-be Jedi to the limit. If ever he needed the wisdom of Obi-Wan Kenobi to shepherd him through danger, it's now. But Luke will have to rely on himself, his friends, and his own burgeoning relationship with the Force to survive.Praise for Heir to the Jedi "Utterly compelling . . . [The novel] plants readers in Luke Skywalker's boots in the early days of his heroism, during the weeks after he blew up the Death Star."--New York Daily News "An excellent book with rich characters, bubbling humor and poignant emotion."--Roqoo Depot "Entertaining . . . action-packed . . . suspenseful."--New York Journal of Books "Great . . . [an] entertaining introduction into understanding Luke's character . . . There are moments in The Empire Strikes Back that I now point to and say, 'I understand how he got there,' and it's because of this novel."--The Wookiee Gunner "Pure Star Wars . . . From shoot-outs to narrow escapes, I could practically hear John Williams's score playing in my head--a credit to Kevin Hearne, to be sure."--Coffee with Kenobi "A must-read for fans . . . I left with a much closer understanding of who Luke Skywalker is, and an even deeper admiration for the character. All things are connected in the Force, and I feel more connected to Luke after reading Heir to the Jedi."--Comicbook.comFrom the Hardcover edition.he bar by not only making him likeable, but by making his journey something of significance. While on the surface this might be another throwaway adventure, Hearne adds an element that ties this story into the mythos of Star Wars. This book becomes one of the pivotal steps in Luke's journey to being a Jedi."--Roqoo DepotFrom the Hardcover edition.