The Keeper of the Bees 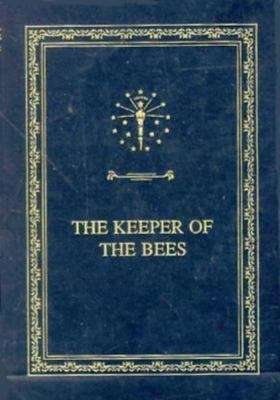 Jamie MacFarlane is a wounded World War I veteran who is faring badly in the hospital. When he overhears a discussion of his case and the decision that he be sent to a sanitarium, he flees and eventually stumbles upon a beautiful garden and a small house near the Pacific Ocean. the old man who lives there is even more ill than Jamie, who helps him. As he is leaving for the hospital, the old man asks Jamie to stay and look after his bees. Thus begins a story of love, healing, and adventure for Jamie. He meets the neighbors, especially a woman named Margaret Cameron who kept house for the old man--or the Bee Master as he is called. An even more intriguing character is a child known as the little Scout, whom the bee master has taught all about bees and who is a great help to Jamie. Part of the story is the mystery of whether this child, sensitive yet brash, athletic yet somehow delicate, is a boy or a girl. Then one night, while sitting on a rock near the ocean, Jamie meets a woman in distress. she needs a marriage certificate and a name for an unborn child. believing that he will soon die anyway, and drawn to the storm woman, Jamie offers himself as her temporary husband. He promises not to try to find her later. But after the hurried wedding he cannot stop thinking of her. This is an old-fashioned romance, filled with the love of God and nature, a love story and a mystery of sorts. It is interesting to contemplate the values the author discusses through this novel, written in the nineteen twenties, and to wonder how those values are viewed today. there is also a lot of fun and some excitement, but for the most part this is a gentle and spiritual tale.