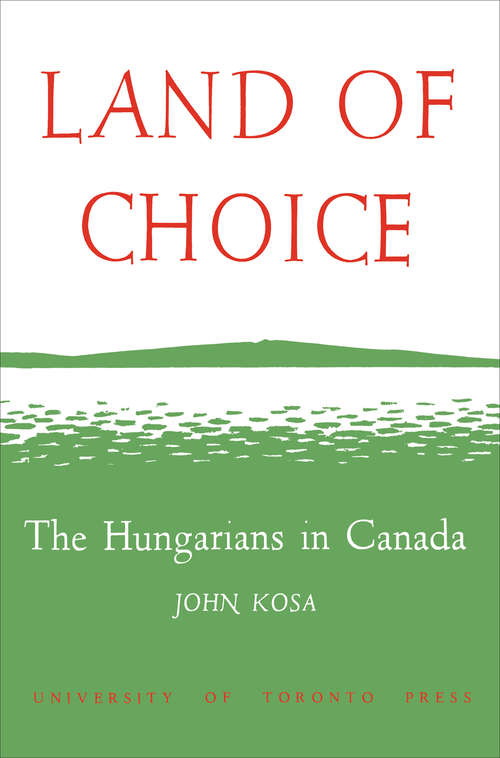 Written by a Hungarian scholar who himself passed through the vicissitudes of migration and assimilation, this timely study of the movement of Hungarians into Canada has a special value. The author, a graduate of the University of Budapest, taught social history and sociology at the universities of Budapest and Szeged, and had already written considerably on the specific sociological problems he now describes before he entered Canada as an immigrant in 1950.

On Professor Kosa's arrival in North America, his academic interest perforce became practical. Now with a broader insight into the life of the immigrant, he carried out systematic research for the Department of Citizenship and Immigration among his fellow countrymen in Canada. Taking as a sample 112 Hungarian families who had entered the country before 1939, he had a mature immigrant group. Their locale was Toronto and the tobacco district of south-western Ontario.

This book describes the life and assimilation of these people into a new culture, the problems they faced, and the adjustments made. It will appeal to teachers and students of sociology and anthropology, to the general reader interested in the current Hungarian influx and in the growth of the Canadian community, and to Hungarians who have recently entered Canada. Both timely and scholarly, this is a detailed and careful documentation of what is happening to an important segment of Canadian society.