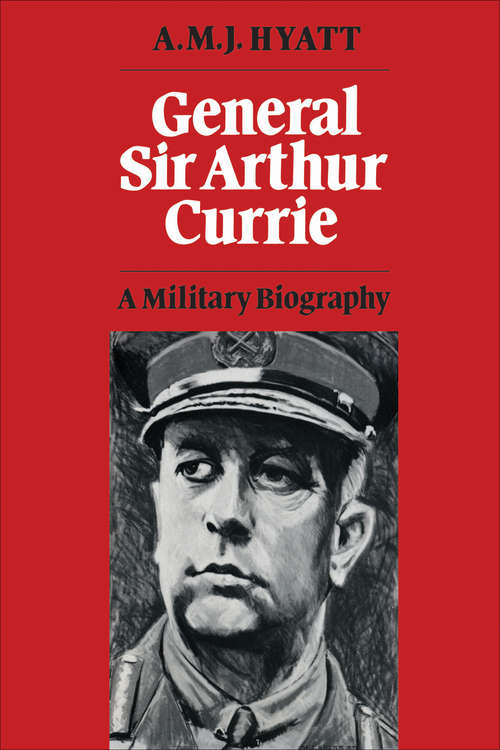 The most important Canadian in the First World War, Arthur Currie was an extraordinary successful field commander in a war that produced few successful generals. In this biography A.M.J. Hyatt recalls the military career of a remarkable man.

Currie's achievements were realized in spite of some formidable obstacles. He was not a professional soldier, having been a civilian before the war. He entered the war under the shadow of a scandal, which, had it been disclosed at the time, would certainly have brought public disgrace. He was not a charismatic man; he had none of the personal flair of so many successful military leaders. In many ways these apparently negative factors make his story all the more remarkable, the secret of his success the more intriguing. That secret, as Hyatt explains, was a fine sense of tactics: Currie, the 'amateur' soldier, had all the instincts of a dedicated professional, and he used them to minimize the destruction of the young Canadian troops under his command.

When the war was over Currie returned to civilian life, and was knighted for his service. This biography offers the first balanced account of a central figure in Canadian military history.